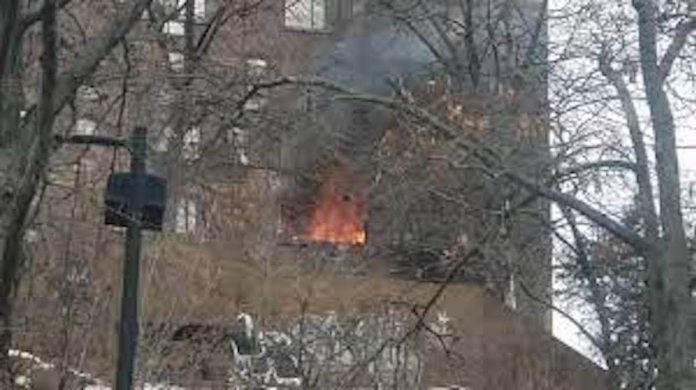 Approximately 200 firefighters battled the massive inferno which began in a duplex apartment on the third floor of Twin Parks North West located at 333 East 181 Street in the Tremont section of the Bronx.   The fire, the worst in New York city in three decades, began just before 11 a.m. Sunday.

At least 44 people were injured overall, with many intubated in area hospitals.

Many of the victims are Muslim immigrants who came to the United States from Gambia, a nation in western Africa.

According to FDNY Fire Commissioner Daniel Nigro, the cause of the fire was a malfunctioning, electric space heater, plugged in to give extra heat on a cold morning.

In an effort to prevent such a tragedy in his city, Bayonne Fire Chief Keith Weaver posted the following message on social media late last night:

“The Bayonne Fire Department wants to extend our deepest and heartfelt condolences to all the families who suffered such tragic losses in New York City and last week in Philadelphia.
These fires, once again, reminds us all of the importance of fire safety where we live and work.
The smoke alarm has been the greatest lifesaving invention of the last century. Both smoke alarms and Carbon Monoxide detectors should be in every home and every business. These devices should be in good working order and checked regularly.
The importance of “closing doors” has, unfortunately, also been in the forefront of several high-fatality fires. Closed doors can and will prevent smoke and fire from rapid spread and will buy precious time which can aid in your escape or rescue.
Have a plan! Know what to do if you experience a fire. Have at least two means of egress and be sure they are clear and unobstructed. The plan needs to be discussed with all the members of your household. If you rent, please purchase renter’s insurance. This inexpensive insurance has proven to be an incredible asset to anyone who has suffered a fire loss.
Again, on behalf of the brave men and women of your Bayonne Fire Department, we pray for all those touched by these tragedies, and know that we are here to serve our community! Please take a moment to check your smoke and CO detectors.”