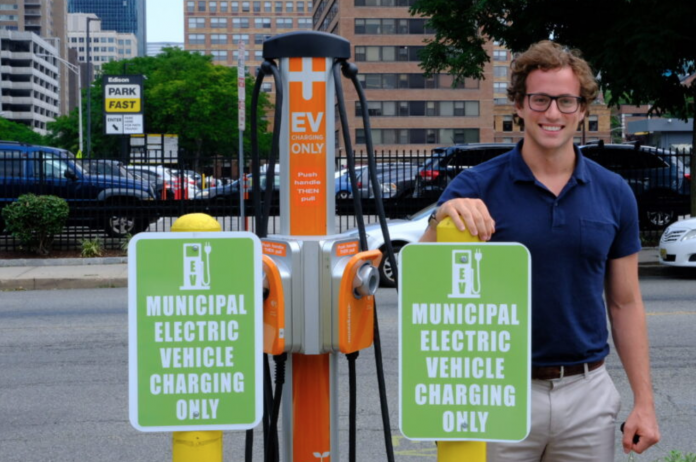 Jersey City issued the following press release today concerning the municipality’s plan to transform its fleet of vehicles to electrically powered from gasoline and diesel powered.

“As an administration, we have sought out innovative and resourceful ways to build a foundation for a more resilient and sustainable future, which is critical now more than ever amid the current crisis,” said Mayor Fulop.  “Transitioning to greener technology is a cost-saving, long-term investment benefiting our environment and our residents’ health.  We’re leading the country in electrification, utilizing grants and community feedback to build an infrastructure that will serve as a model for others around the nation.”

“Mayor Fulop is turning Jersey City into a national leader when it comes to the environment and dealing with climate change. The Mayor is putting the pedal to the medal in electrifying the city’s transportation fleet, including police cars and garbage trucks. In an area like Jersey City, cars and trucks are major sources of pollution. This will help everyone breathe easier while moving forward when it comes to cleaner transportation,” said Jeff Tittel, Director of the New Jersey Sierra Club. “Mayor Fulop has also committed to go 100% renewable and is moving the city forward with a Climate Action plan. He is an environmental leader and is now accelerating Jersey City into the future when it comes to clean transportation.”

The city has rapidly transitioned toward a greener future, implementing the following initiatives in just the last year:

“While Jersey City has been awarded several NJDEP grants to subsidize much of the initial electrification costs and vehicle purchases, the significantly reduced energy and maintenance costs for EVs will allow these investments to pay for themselves over the course of a few years,” said Business Administrator Brian Platt.  “The 5 electric garbage trucks will be among the first of its kind in the nation and even around the world, and will replace 8 of our highest polluting vehicles in the city.  Reductions in harmful pollution and emissions and also lower fleet operation costs will greatly benefit our city for years to come.”

The electrification efforts underway are part of the city’s celebration of 2020 as the Year of Climate Action through the creation of the city’s first-ever Climate Action Plan, which will lay out a strategic framework for how to meet Jersey City’s Climate Goals. If you would like to find out more about the city’s efforts on Climate Change, please visit www.makeitgreen.org/climate-action.