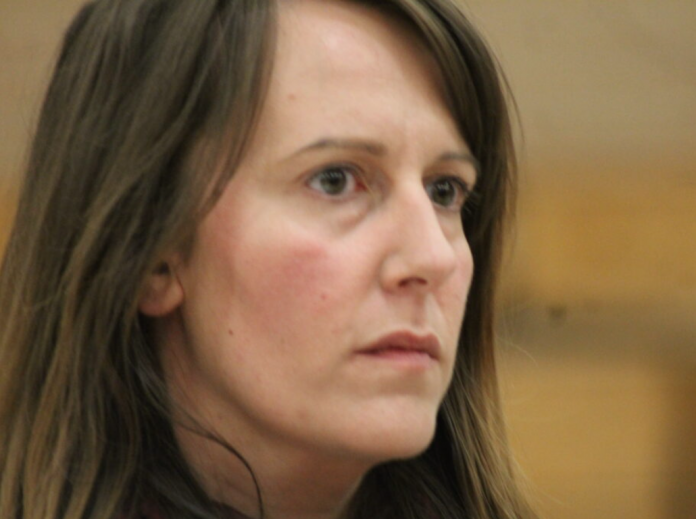 The incident, captured on video, went viral and with several Jersey City Council members calling for DeGise to resign.  She never publicly commented on the incident, until yesterday, after she received her sentence in a Newark courtroom.

DeGise avoided jail time, but she did have her driver’s license suspended for one year and she also was handed a $5,000 fine.

“Now that this legal matter has been resolved and I am no longer required to maintain my silence, I want to speak directly to the people of the community I have always called home and that I love with all my heart, Jersey City. Seven months ago I made a mistake that I will regret for the rest of my life. I want to offer my heartfelt apology to Andrew Black and I am thankful that he was not hurt. I also want to apologize to the people of Jersey City for not only my actions, but for the negative attention they brought to our wonderful community. As someone who grew up here and has seen how much Jersey City has grown and progressed, the last thing I would ever want to do is damage our city’s reputation and undermine the work that is happening every day in local government to make it an even better place to live, work and raise a family.

“Public service is in my blood and is my calling. Helping people and building solutions in my home city means everything to me. I have tried to focus since that day on continuing to serve my community with humility and a genuine desire to give back through meaningful work and fighting to make a difference in my constituents’ lives. I will continue to do whatever I can to help my community as an elected member of the City Council, and I will be serving the remainder of my term.

“I fully accept the legal consequences of my actions and now have an opportunity to serve my community, regain the trust of the people, and live out my values each and every day.  We all make mistakes in life, and I am so thankful to my family, friends, and core supporters who have stuck by me throughout this process. I can promise the people of Jersey City, both those who support me and those who do not, that I will work as hard as I can to be an effective representative on the City Council. I am looking forward to moving ahead and taking everything I have learned in these past few months to represent this city and myself in the best way possible.”

DeGise’s case was heard before Essex Municipal Court Presiding Judge Chandra R. Cole in the Essex Vicinage Special Remand Court.  It was held there, and not in Hudson County, because Amy’s father is Hudson County Executive Tom DeGise.