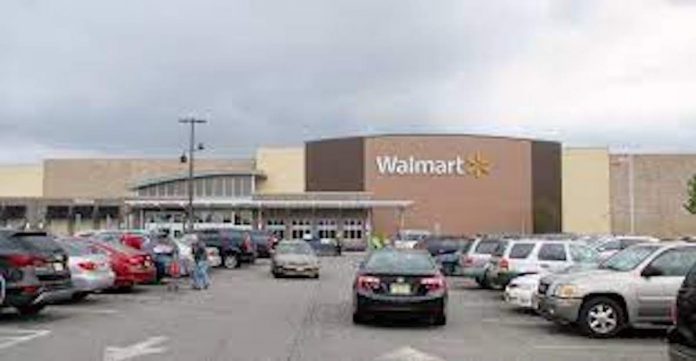 Bayonne Police Captain Eric Amato has announced that 18-year old, Sayier J. Price of Johnston Avenue in Jersey City has been arrested following a dispute inside of the Walmart at 500 Bayonne Crossing Way.  Price was taken into custody at 2:22 pm on Sunday.

Amato says police officers responded to the area on an anonymous report of a male threatening to shoot another individual during a dispute inside of the store.  A description of the actor was broadcast to all units.  As officers arrived, they observed two men fleeing the store, one of whom matched the broadcast description. The two males separated as they ran through the parking lot, disregarding officers’ commands to stop.

Officers were able to pursue one male, later identified as Price, and take him into custody.  A search led to the recovery of a loaded semi-automatic handgun from Price’s person.  The firearm was loaded with 3 hollow-point bullets and 6 full-metal jacket bullets.  The other individual was not apprehended.

According to a female employee, Price and the unknown male started a dispute with another customer while inside the store.  As she and another employee attempted to interrupt the dispute, the unknown actor spit in her face and struck her in the face and chest with a closed fist.  The actor and Price then fled the store, as did the other involved party who was reportedly threatened by Price that he would shot them.

The victim of the threat could not be located or identified by police.  No injuries were reported.