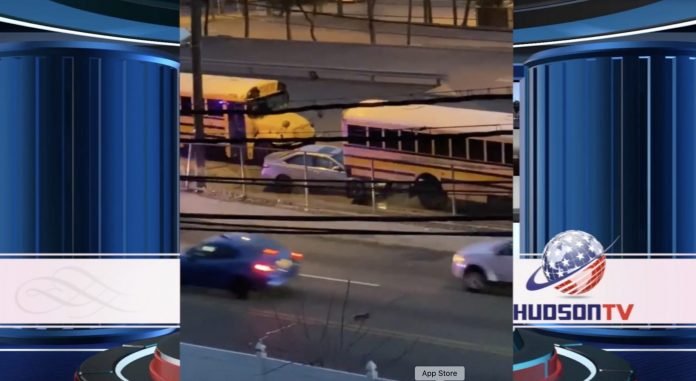 A 42-year old man has been placed under arrest for DWI after hitting a parked bus at the vocational school on Tonnelle Avenue and 84th St in North Bergen.

On Tuesday March 24th, Christopher Pascale from Jersey City, was driving northbound on Tonnelle Avenue when he lost control of his vehicle. The suspect crossed over the southbound side of Tonnelle Ave. running through a fence and striking a parked bus on school property. Initially the suspect left the scene of the accident but was found moments later, police said.

The driver did not sustain any injuries but was taken to the hospital.

No other information is available.

He thinks picking this women will get him the black and female vote .. nope of vote for my dog first ..