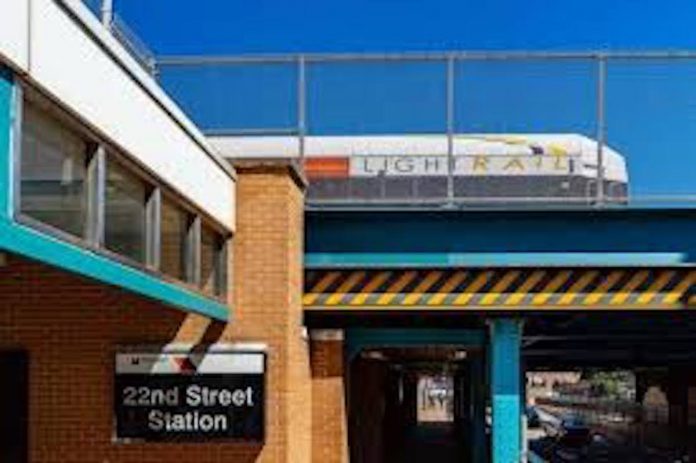 At 9:14 on Friday morning, 29-year old Davon J. Sanders of KNL Drive in Jersey City was taken into custody by Bayonne Police in the area of 22nd Street and Avenue F.  According to Captain Eric Amato, an officer patrolling in the area discovered a parked vehicle in the back of the Light Rail Station parking lot.  The officer noticed a piece of clothing draped over the rear, driver’s side window.

As the police officer investigated the scene, he discovered a man, later identified as Sanders, unconscious in the rear seat.  When the police officer knocked on the window, Sanders awoke.  The officer asked Sanders if he needed assistance.

During the course of their conversation, Sanders tried to conceal an item from the officer’s view.  The officer did see marijuana in plain view.  He also smelled the odor of the drug.

The policeman ordered Sanders to step out of the vehicle.  Upon searching the vehicle, the officer found a fully loaded, black Taurus semi-automatic 9 mm handgun with a 12-round ammunition magazine.

Sanders was placed under arrest.  While he was being processed, Sanders provided a false name and birthdate to the officer.

Police also learned Sanders was classified as someone not allowed to be in possession of a firearm.

Sanders faces six charges in all, mainly for unlawful firearms and ammunition possession, plus drug possession and hindering apprehension.