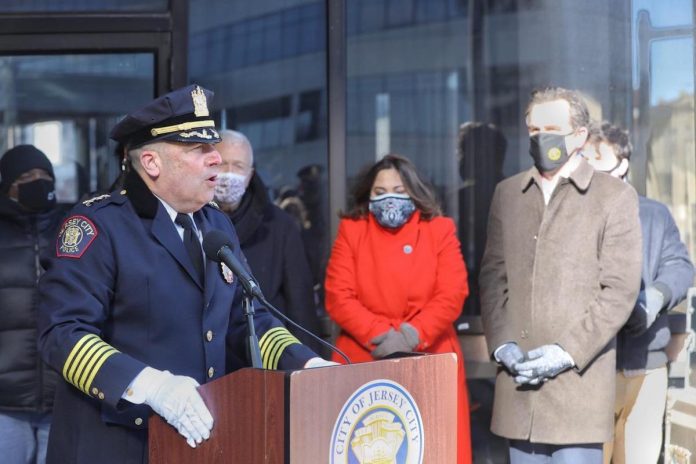 On a frigid Friday afternoon outside of Jersey City Police Headquarters at 1 Journal Square Plaza, Chief Michael Kelly was saluted by members of the Police Department, Mayor Steven Fulop, Hudson County Prosecutor Esther Suarez and others, as he retired following a 34- year career.

The traditional farewell “walk out” was held for the law enforcement veteran, as hundreds looked on.  The 59-year old Chief joined the Jersey City Police Department in 1988.  Hr steadily rose through the ranks, becoming Chief in 2018.

Chief Kelly credits his work as a homicide detective for exposing him to aspects of police work that intrigued him the most, those being the cracking of cases and the pursuit of criminals.

As the city goes through the process of selecting Kelly’s successor, Captain Mark Conroy will several as the department’s Acting Chief.