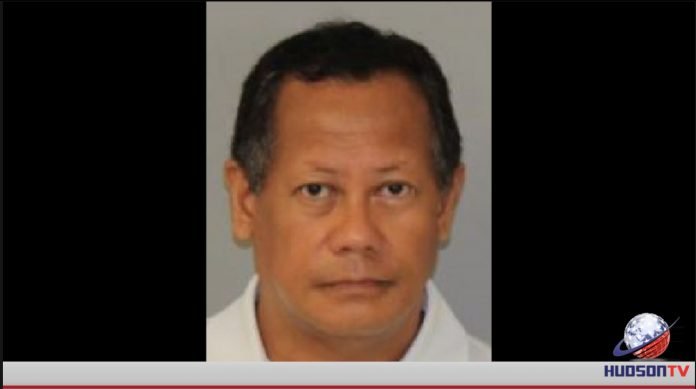 On August 14, 2020, at approximately 11:00 a.m., members of the Hudson County Prosecutor’s Office Special Victims Unit arrested Donato Cabardo, age 56, of Jersey City. Cabardo was arrested in connection with alleged sexual crimes that occurred in the rectory at St. Paul of the Cross Church in Jersey City where Cabardo is a diocesan priest. He was arrested without incident after surrendering himself at the Hudson County Prosecutor’s Office in Jersey City.

The alleged crimes involved an adult female victim and were first reported to the Archdiocese of Newark. The Archdiocese notified the New Jersey Clergy Abuse Task Force and the Hudson County Prosecutor’s Special Victims Unit which then investigated the allegations.

The investigation revealed that between January and July 2020 Cabardo allegedly touched the victim’s breast and buttocks for the purpose of sexually arousing or sexually gratifying himself. He also allegedly pressed his cheek against her cheek and kissed her cheek, hand, face and head.

After his arrest, Cabardo was released on a Summons Complaint and his first appearance is scheduled in Central Judicial Processing Court on September 9, 2020. CJP Court is located on the ground floor of the Hudson County Courthouse, 595 Newark Avenue in Jersey City.

The Clergy Abuse Task Force was formed by Attorney General Gurbir S. Grewal in September 2018. He also established a Clergy Abuse Hotline — 855-363-6548 — which is staffed by trained professionals and operated on a 24/7 basis. More than 600 calls have been received through the hotline to date. This is the third arrest of a priest by members of the Task Force since its inception.

The Clergy Abuse Task Force was formed to investigate allegations of sexual abuse by members of the clergy within the Catholic dioceses of New Jersey, as well as any efforts to cover up such abuse.