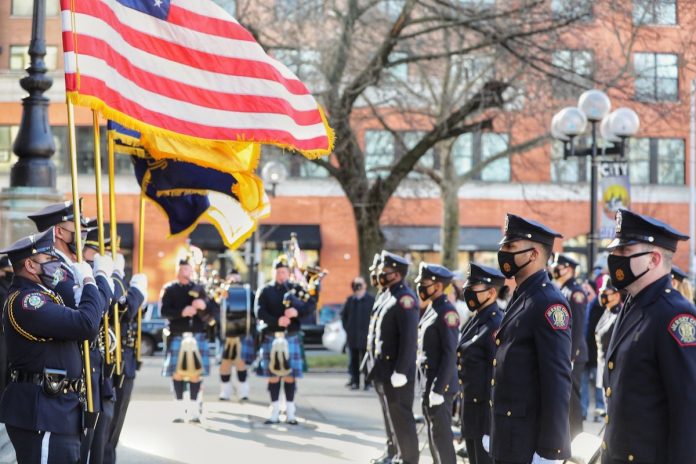 “Despite an especially challenging year – from the December 2019 mass shooting to the pandemic, to police reforms – our police officers have reinforced their commitment to protecting our community, which is how we avoided the crime spikes most other cities have experienced,” said Mayor Fulop.  “As we enter this new year, we welcome a new class of officers, half of whom are African American and one-third are female, which is a far cry from the mostly white, male-dominated department we inherited in 2013. Our diversity recruitment efforts are meeting and exceeding our original goals of growing the JCPD not only in size but also with quality officers who best reflect our residents.”

When Mayor Fulop took office in 2013, there were only 769 officers within the police department to cover the entire city.  With 643 new officers hired since then, the JCPD has grown to the largest police department Jersey City has seen in decades, with over 920 officers fulfilling all ranks. The added officers boost efforts to increase police presence and walking patrols, community outreach, crime deterrence, and further diversity recruitment initiatives.

“While we will not be satisfied until crime reaches zero, we are making significant strides by expanding the JCPD to increase strategic deployments, technological capabilities, diversity, community relations, and other critical crime-fighting tools and, as a result, we’ve seen a steady decrease in crime year over year,” said Director Shea.  “By expanding the number of police officers citywide, we’ll continue to increase patrols where needed most with a greater focus on strengthening relationships between community members and officers.”

Another class of 24 recruits will enter the police academy later this month.

Local mayors cant even control there own cities

he is crooked as they come ... don’t forget the 30 year deal he did early 2000’s . when he served as mayor of wny , he made deal which included that the property developers of the waterfront dont have to pay any property taxes... tell me how that benefited wny ! smh ..