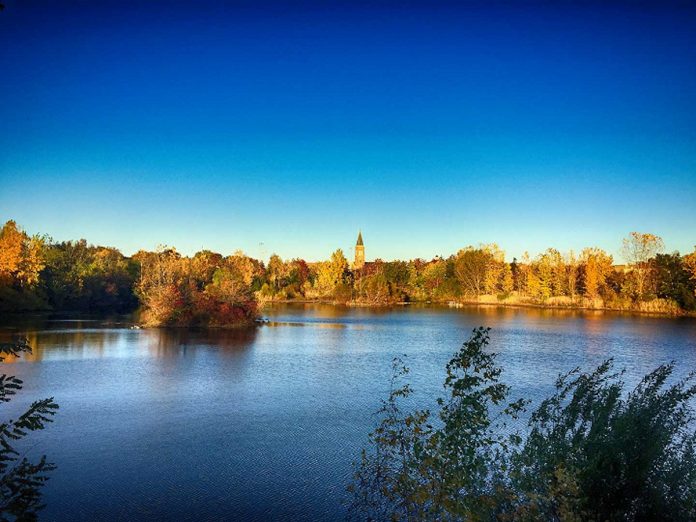 JERSEY CITY – Mayor Steven M. Fulop joins the Municipal Council, the Jersey City Parks Coalition, the Jersey City Reservoir Preservation Alliance, and Boy Scouts Troop 466 to break ground on critical renovations to the historic Reservoir 3 with greater public access for all Jersey City residents and visitors.  Originally built in the 1870s, the City has committed $6 million to preserve the historic pumphouse and fully fund renovations for complete public access to the 14-acre site.

Located in The Heights section of Jersey City, Reservoir 3 is a local treasure listed on the State and National Registers of Historic Places. Working closely with the Jersey City Parks Coalition, the Reservoir Preservation Alliance and Boy Scouts Troop 466, the City will officially break ground on Saturday, April 17, 2021, to start the construction on creating safe public access, widening the reservoir’s perimeter trail to meet ADA compliance standards, and incorporating new fencing and lighting to improve safety throughout the area.  The Reservoir 3 project represents the largest park investment since the City established Berry Lane Park.

“After nearly 30 years of discussions with no one taking necessary action, today we are committing the necessary resources to bring us to this critical turning point.  We will restore this one-of-a-kind local treasure to its fullest potential for residents and visitors to enjoy while properly preserving its rich history and environmental assets,” said Mayor Fulop.

The City has committed $3 million in capital funds to match grant money allocated to the Reservoir 3 construction.  The first allocation of the Jersey City Open Space Trust Fund has dedicated $1 million.  In addition, over $2 million in grants awarded to the City through the Hudson County Open Space Trust Fund, New Jersey Historic Trust Grant, and Green Acres Grant will fund the preservation and modernization project.

Plans to restore the reservoir and surrounding land include the stabilization and preservation of the original pumphouses, which ceased operations 30 years ago.  Immediately following the site safety improvements, the City will shift focus to the restoration phase.

The improvements align with the City’s broader efforts to create inclusive, open spaces for all Jersey City residents, including those who utilize motorized mobility devices and families with strollers which the existing trail’s width cannot accommodate.  Expanding the trail from 18 inches to 48 inches wide throughout the length of the trail will significantly expand public access, regardless of mobility.

“I would like to thank Vernon Richardson and all the residents for their input and dedication in seeing the reservoir is preserved,” said Ward C Councilman Richard Boggiano. “We are lucky to have this natural oasis in the heart of Jersey City, and I have no doubt my friend and colleague, the late Councilman Michael Yun, who helped bring us to this point, would agree that this is a proud moment as we are able to finally give the reservoir the upgrades it deserves.”

“Reservoir 3 is the crown jewel of the Jersey City Heights, and this groundbreaking is a first step and a necessary investment towards making Reservoir 3 a safe, accessible park open for all to enjoy,” said Ward D Councilman Yousef Saleh.  “It is the culmination of efforts from Councilman Boggiano, Mayor Fulop, the late Councilman Michael Yun, the Reservoir Alliance, and the overall community that we are able to achieve and enjoy this historic moment together.”

With safety as a top priority throughout the renovation project, the City made great efforts to identify lighting features that provide the safest yet least disruptive illumination to the surrounding neighborhood and wildlife.

“The Jersey City Parks Coalition would like to recognize the collaboration between Mayor Fulop’s Administration and the Reservoir Preservation Alliance for their ability to come together and mutually agree on much-needed safety features and a design which integrates strong community input in preserving the Reservoir’s landscape and environment elements as part of its natural design,” said Paula Mahayosnand, President of the Jersey City Parks Coalition. “JCPC is pleased to be part of the process and celebrates the work and progress made as part of City’s initial stage to open the reservoir to residents. This groundbreaking represents a strong starting point for both groups and promotes future opportunities for community engagement as well as JCPC’s mission to ensure this dialogue continues.”

The City is also charged with preserving portions of the Reservoir’s retaining walls where invasive, nonnative vegetation is pushing stones out of the wall into the right of way, causing students and staff of nearby PS 26 and St. Joseph’s School for the Blind to walk around into the roadway. The City affirmed its commitment to developing a planting plan and hired Earthbilt in January 2021, a Jersey City company owned by a Jersey City Heights resident, Tim Keating, to create a planting plan consistent with the project.

“For the past 15 years, the Jersey City Reservoir Preservation Alliance has dedicated their time and resources to preserve the ecosystems and historic structures of Reservoir #3 and to establish the site as a public park and wildlife sanctuary,” saidSarah Burroughs, Board President of the Jersey City Reservoir Preservation Alliance. “The Alliance strongly supports efforts to create an inclusive and immersive natural space that is accessible to all while providing recreational opportunities for Jersey City residents like hiking, fishing, and kayaking. We look forward to continuing to work with the City to ensure the community has a voice in the current plans to, at long last, open this urban oasis and national landmark on a regular, ongoing basis.”