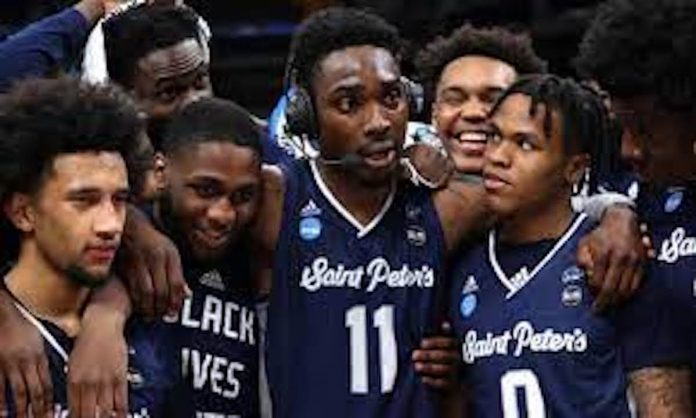 Jersey City Mayor Steven Fulop says the details are still be finalized, but the city will be honoring the St. Peter’s University men’s basketball team with a parade and rally, most likely on Friday.  Specifics are expected to be revealed by Mayor Fulop on Tuesday.

The tiny university from the MAC Conference was a 15th seed.  They advanced to the final eight, becoming the highest, or lowest ranked seed depending on your perspective, to do so.

It was an amazing journey which put Jersey City on the map for the rest of the country outside of Hudson County, the metropolitan area and New Jersey.

The parade and rally is expected to conclude at the Kennedy Boulevard school.