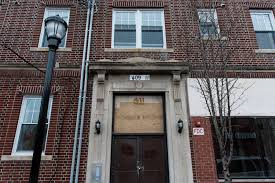 Nearly eight years after a devastating fire virtually destroyed a Union City apartment building on Bergenline Avenue, a Hudson County Superior Court Judge has awarded the city $2.1 million in its fight against the property’s landlord.

The Jersey Journal, nj.com was the first to report on the judgment order handed down on January 7, 2020 by Chancery Division Judge Jeffrey Jablonski.

The fire at 409-415 Bergenline Avenue on December 3, 2012 permanently forced tenants out of the building’s 23 units. The structure was purchased two years later by Trendy Management for $775,000.  According to Judge Jablonski’s ruling, they are responsible for the $2.1 million in fines and penalties which have accrued over the years, as well as nearly $34,000 in attorneys’ fees and approximately $2,000 other costs associated with the lawsuit.

The basis for the lawsuit stems from the fact that Trendy Management and Union City disagreed on whether or not the three-story brick apartment building needed to be torn down. The landlord claimed in arguments before the city’s rent leveling board that the structure was a total loss and should have been razed.  The city, on the other hand, disagreed, saying it was structurally sound and could be repaired, which would have allowed tenants to eventually return to their apartments.

In December of 2018, Judge Jablonski ordered Trendy to begin repairs on the building. He gave them nine months to make all necessary repairs and suspended fines for years worth of code violations.  The court said once the tenants were back in their rehabbed units, it would be at the same rent controlled rate they had been paying when the fire took place in late 2012.

Judge Jablonski even told the management company that if they completed all the repairs by his court ordered deadline, the $2.1 million in fines would be removed.

Well, repairs were never made by Trendy Management, which forced the city to take them to court.  Mayor Brian Stack is obviously thrilled with the court’s decision and says most of the $2.1 million award “will be passed along to tenants for relocation costs.”