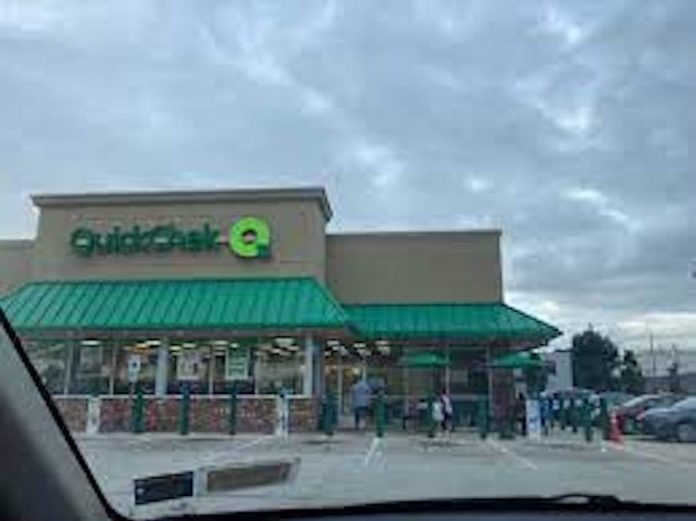 According to  Captain Amato, officers responded to the area of the QuickChek, located at 175 E. 22nd Street on a report of two parties involved in a dispute, one of whom had threatened the other with a knife.  While officers responded, they were advised that both parties had left the scene and that the party with the knife had fled north on Rt. 440.  Officers were able to locate the suspect vehicle, later determined to be operated by Beasley, at a red traffic light in the area of Goldsborough Drive and conducted a motor vehicle stop to investigate.

During the ensuing investigation, officers were able to make contact with the victim who advised them that he became involved in a verbal dispute with Beasley as she attempted to cut in the line of vehicles waiting for the tire inflation pump at QuickChek.  After the victim parked at the pumps to fill his tires, he knelt to the ground to fill a tire and was startled by Beasley standing over him with a knife in her hand, threatening his life.

The on-scene investigation at Goldsborough Drive led to the recovery of the knife from Beasley’s person and Beasley being taken into custody.

The charges against Beasley include aggravated assault, terroristic threats possession of a weapon for an unlawful purpose.