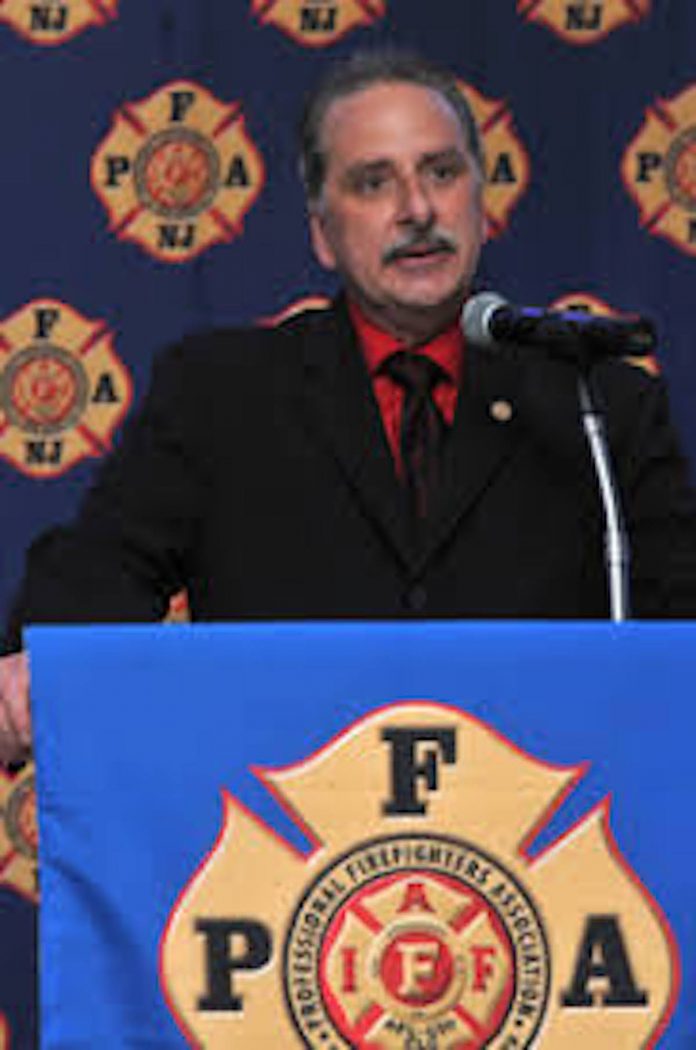 (TRENTON) – A bill (A-2317) to expand the accidental death pension in the Police and Firemen’s Retirement System for surviving spouses so that they receive a minimum of $50,000 per year was signed into law on Thursday by Governor Phil Murphy. Previously, surviving spouses received 70% of the compensation of their spouse’s last year of creditable service.
The new law is known as the Dominick Marino PFRS Enhanced Benefits for Surviving Spouses Act in memory of the former president of the Professional Firefighters Association of New Jersey who passed away last year.  Marino had served in the North Bergen Fire Department and then was a member of the North Hudson Regional Fire and Rescue Department.
The Assembly and Senate unanimously passed the legislation in November.
Sponsors of the new law, Assembly Democrats Angelica Jimenez (D-Bergen, Hudson), Pedro Mejia (D-Bergen, Hudson) and Carol Murphy (D-Burlington) released the following joint statement:
“Too many of our first responders, unfortunately, give their lives to keep their communities safe. We will never be able to fully give back to those brave heroes, but the very least we can do is make sure their families are cared for. Expanding the accidental death pension will benefit many families of fallen police officers and firefighters. It’s another way we can continue to express our utmost respect and gratitude for their loved one’s service.”
On the Senate side, the legislation was sponsored by Nicholas Sacco and Brian Stack.