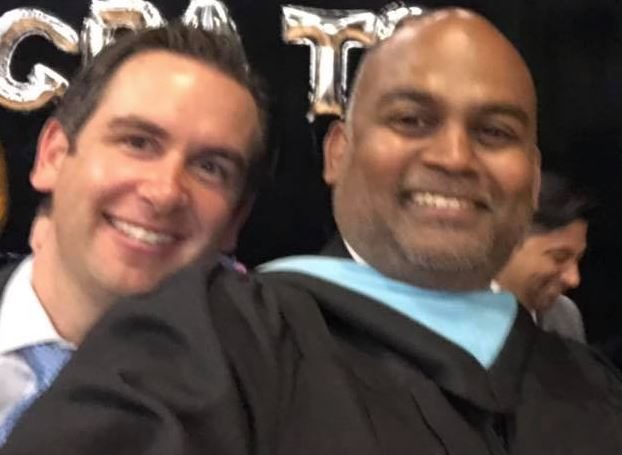 The NJCU services about 80 severely disabled Jersey City students in the state mandated program housed at the AHM building owned by JCBOE. The NJCU has been running this program since 1960. The JCBOE pays NJCU about $ 75,000 per student receives $ 1 in rent annually for the building.

I continue to be intrigued just like everyone else by Mayor Fulop’s recent found penchant for beating down the JCBOE at every instance. Mayor Fulop issued a public letter to JCBOE President, Richardson accusing the Board of not having a long term plan for the AHM building. This is not true. I would like to evidence history from the last 2 years when I served as President-JCBOE that will confirm the JCBOE’s extremely proactive role with NJCU/AHM and assuage any concerns.

The JCBOE has aggressively pushed for a long term 5 year program contract with the NJCU over the last 2 years. JCBOE in a historic move scheduled a public hearing at the AHM School building on Monday, 06/02/2019 to hear from the parents, staff and students of the AHM community. Over 80 parents, past students, employees and community activists participated. The overwhelming message emanating from the hearing called for a full preservation, enhancement of the NJC-AHM program.

The repairs, maintenance, replacement of school buildings, construction of new school buildings in Jersey City Public Schools were comprehensively identified in the 2005, Long Range Facilities Plan (LRFP) at a cost of $ 1.5 Billion. The State of New Jersey (SDA) is solely responsible for funding the LRFP per the various ABOTT rulings under state law. The AHM building was one among the six buildings along with PS3, MS4, PS20, PS26 and MS7 identified for replacement.

The State of NJ (SDA) replaced 5 of the 6 identified buildings, funded only $ 400 Million of the $ 1.5 Billion but failed to replace the AHM building.

Boards since 2010 knew about this failure of the State (SDA) yet failed to take action. in July, 2019 under my Presidency the JCBOE sued to compel the State of NJ/SDA to fully fund the JCBOE, 2005 LRFP which will include a full replacement of the AHM building. The State’s tepid response, a summary judgement motion to dismiss the JCBOE law suit was defeated on 01/15/2020. In a further of vindication of the JCBOE legal strategy, the Education Law Center (ELC) filed a law suit in the State Supreme Court to compel the State of NJ (SDA) to fully fund of all ABBOT districts LRFP costs that will include replacement of the AHM building.

The OLD PS#3 building houses a special program that services the at risk youth through the Renaissance- YouCan Program. The program is essentially a second chance for high school kids who get into trouble who can rehabilitate through this program to go back to their home high schools giving them a second chance at continuing to be in High Schoo, graduating. The OLD PS#3 building is a home of hope for our most at risk kid;they cannot be displaced. The State of NJ (SDA) will ultimately pay for the replacement of the AHM and it should not come at the cost of selling one of our buildings, OLD PS#3 or otherwise.

Every year the JCBOE graduates out about 1400 High School students while we are enrolling about 2500 students at PREK-3. We will need about 10,000 new seats in the next 12 years .Any proposal to sell any of our building is short sighted.

In September, 2019 AHM was faced with an emergency triggered by the partial collapse of the roof of the portico. The JCBOE moved quickly to take contingency measures. . A comprehensive safety and integrity check and engineering inspection was carried out by Techtronic. The company provided an interim report to the full Board on Monday, October 28, 2019 which essentially confirmed that the AHM building could not be deemed safe without a full test. A full comprehensive civil engineering test is underway. The findings will be presented to the full Board. A final determination to return to the AHM building or abandon it permanently would then be taken.
The AHM program is currently temporarily located at the RDS facility. The JCBOE has also come up with an interim plan to relocate the program to a fully fitted module structure with design, specifications approved by NJCU/AHM Community with support for funding from the State legislators. In addition the law suit to ensure full replacement of the old AHM building is being aggressively pursued with the AHM PTS group expected to join and or file an amicus.
The JCBOE scheduled a special meeting on November 15, 2019 to memorialize all of the above actions. The following Board Resolutions were authorized
Authorize administration to finalize 5 year contract with the NJCU
Interim infrastructure
Creation of a JCBOE-AHM Board Committee that has been meeting monthly to track progress
We have a new permanent Superintendent in Mr. Walker; His administration under his leadership should be allowed to run the district without constant interference. This is the exact same kind of interference that forced the state to take over JCBOE in 1989 and remove the city appointed Board members 30 years ago citing city’s unwieldy influence and nepotism. The JCBOE President, Richardson and the new Board, 2020 should be given the time and space to carry out their responsibilities without being constantly second guessed.

The JCBOE does not only have a solid track record of tracking a long term facilities, program plan but is actively engaged on an going basis for the support, success of the NJCU/AHM program as evidenced.