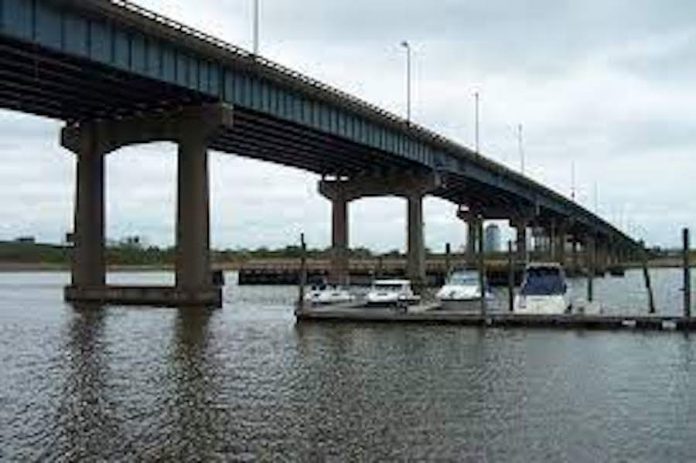 The Secaucus Fire Department reports that a man committed suicide this morning by jumping off of the Hackensack River – Route 3 Bridge connecting Secaucus and East Rutherford.  The incident happened at approximately 11 am.

The victim, who has yet to be publicly identified, jumped from the northern span, the westbound direction of Route 3.  Officials said he was one the East Rutherford, Bergen County end of the span, closer to the American Dream Mall.  However, the Secaucus Fire Department’s Marine 1 boat recovered the body.

Earlier in the morning, the Route 3 eastbound span was tied up for several hours following a collision between a car and an oil tanker truck.  That accident resulted in a massive spill just past the bridge and Meadowlands Parkway which shut the roadway heading towards the Lincoln Tunnel in Secaucus.