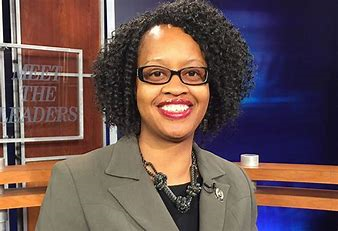 In a unanimous vote on Monday, the New Jersey Assembly passed legislation co-sponsored by Hudson County Assemblywoman Angela McKnight which seeks to fight against hunger among students in New Jersey while preventing any punitive action against them for their meal debt.  The proposed law was also prime sponsored by Burlington County’s Carol Murphy and Bergen County’s Valerie Vainieri Huttle.  The New Jersey Assembly Democrats issued the following press release following the 79-0 vote:

Seeking to combat hunger among New Jersey students and prevent punitive action against them for incurred meal debt, legislation sponsored by Assembly Democrats Carol Murphy, Angela McKnight and Valerie Vainieri Huttle to address the issue was passed unanimously, 79-0, in the full Assembly on Monday.

“This bill tackles two very important parts of our school meal issue here in New Jersey,” said Murphy (D-Burlington). “First, by eliminating policies employed in schools to punish and effectively stigmatize students whose families cannot pay off school meal debt. And second, by establishing guidelines for schools to improve the identification and participation of eligible students in free and reduced-price meal programs.”

Under the bill (A-1104), a school district would not be permitted to publicly identify or stigmatize a student with meal debt, require them to do chores or other work, or to discard a meal after it has been served.

“I find it totally unacceptable that children, whose families may be struggling to pay for any number of reasons, are being singled out,” said McKnight (D-Hudson). “Taking a meal away from a child, forcing them to sit at a particular table or stand at the back of the lunch line, withholding grades and barring them from school trips or even prom hinders productive learning. It’s bullying and in no way appropriate.”

The legislation would also require districts to reexamine eligibility for school meal programs at the beginning of every school year, to make at least two attempts to contact families about meal programs and to provide assistance in the completion of applications.

It would also require school districts to monitor and ensure the provision of free meals for homeless students.

“We need to be getting a better picture of why families can’t pay and then developing action around that, not making assumptions,” said Vainieri Huttle (D-Bergen). “The solution could be as simple connecting parents with school meal program applications and qualification requirements, but until we ensure school districts are doing that we won’t know.”

The bill now goes to the Senate for further consideration.