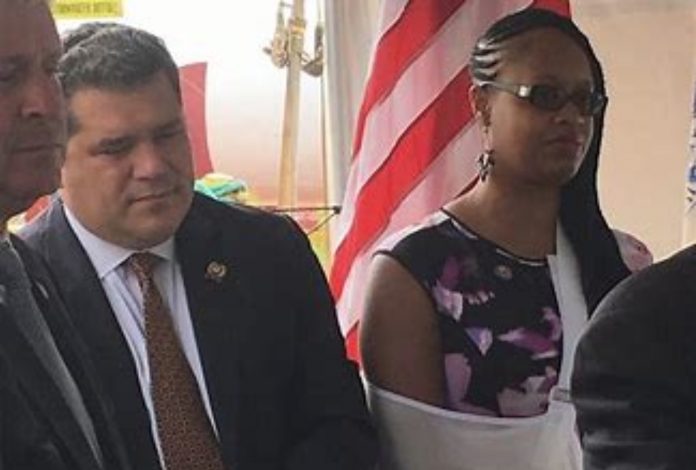 A proposed revision to New Jersey’s “Lemon Law,” which was inspired by a Bayonne Assemblyman’s son, is now closer to becoming reality.  It’s not the Lemon Law you are thinking about.  The New Jersey Assembly on Monday passed a measure which would allow children to run businesses, such as lemonade stands, without a license or permit.

Prompted by a series of reported incidents of local governments in other states closing down child-run lemonade stands for a lack of a permit, Assembly Democrats Nicholas Chiaravalloti, Robert Karabinchak and Angela McKnight have sponsored legislation to ensure this does not happen in New Jersey. The bill unanimously passed the full Assembly Monday.

The bill (A-853) would prohibit a municipality from requiring a license or permit of anyone under the age of 18 attempting to operate a temporary business.

The stories of children’s lemonade stands being shut down in places such as Utah and New York City were brought to Chiaravalloti’s attention by his young son, Joshua, who asked if it could happen in New Jersey.

“Setting up a lemonade stand or mowing a few neighbors’ lawns to earn a little spending money is how many childhood summers are spent,” said Chiaravalloti (D-Hudson). “Through these activities, children can learn how to save money and seize an opportunity to fuel their entrepreneurial spirit. Some children even donate their earnings to charity. In the end, they’re just kids who shouldn’t have to pay $100 to $200 in permit costs in order to sell lemonade for a few hours.”

“No child should have their creativity and hard work discouraged by legal requirements that are intended for much more complex, adult-run businesses,” said Karabinchak (D-Middlesex). “There’s no harm in letting children run a small, temporary business without a permit, especially when the fees would take away from their limited earnings.”

“I was surprised to hear about stories of children abruptly having their lemonade stands shut down for such a seemingly nonsensical reason,” said McKnight (D-Hudson). “The point of a permit is not to prevent kids from selling some lemonade to their neighbors on a hot summer day, but to make sure substantive businesses follow proper rules and regulations. This legislation will make that point absolutely clear.”

The bill will now go to the Senate.