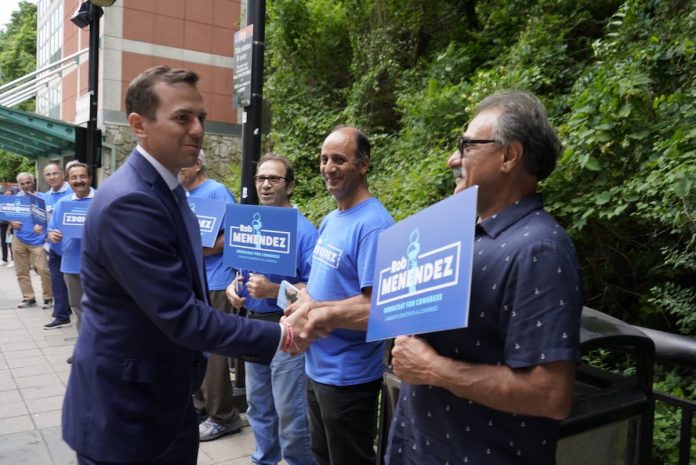 Call it name recognition.  Call it overwhelming Democratic support from three Democratic County Organizations, Hudson, Essex and Union.  Call it what it is. An enormous Primary Election landslide victory for Rob Menendez, Jr. in the 8th Congressional District Democratic Primary on Tuesday night.  Albeit the results are unofficial, but Menendez, Jr. appears headed to the November General Election ballot, as he looks to succeed Congressman Albio Sires, who is retiring from the House of Representatives.

Menendez made the election look more than dominant in his first ever attempt at elected office, outdistancing opponents David Ocampo Grajales and Ane Roseborough Eberhard.  Menendez said all along he wanted to win on the issues; wanted to win because he knows the District and its issues because he is the district, having lived in Hudson his entire life.  He did not want to ride the coattails of his famous father, United States Senator Bob Menendez.

Meanwhile, in Congressional District 10, incumbent Democratic Donald Payne, Jr., attempting to win a seventh term in the House, easily defeated opponents Imani Oakley and Akil Khalfani in a runaway as well.  Payne had more than 78% of the vote.

It appears that Payne’s Republican challenger in November will be David H. Pinckney, who easily defeated his opponent Garth Stewart with more than 84% of the vote.