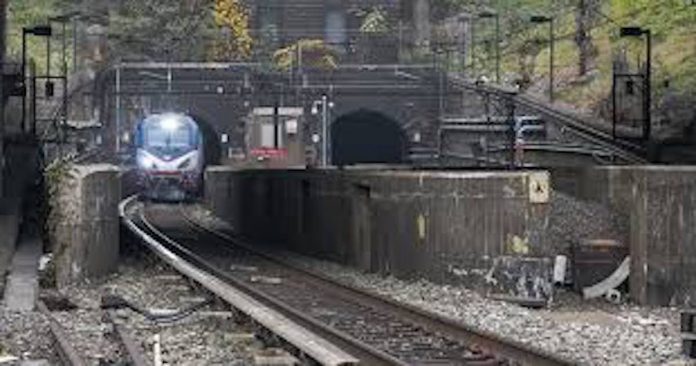 Senator Bob Menendez met with Transportation Secretary nominee Pete Buttigieg virtually today to press for the financial support for the Gateway Tunnel project beneath the Hudson River.  The Senator outlined the importance of the commuter rail tunnels.  The current tunnels under the Hudson, which carry thousands of passengers daily via Amtrak and NJ Transit trains, were heavily damaged during Hurricane Sandy in 2012.  They are 111 years old.

WASHINGTON, D.C. — U.S. Senator Bob Menendez (D-N.J.), the ranking Democrat on the Senate’s mass transit subcommittee, held a virtual meeting today with Pete Buttigieg ahead of his pending confirmation vote to serve as President Biden’s Secretary of the U.S. Department of Transportation (USDOT).  During the exchange, the Senator stressed the need to complete the full Gateway Project, which includes the construction of a new Portal Bridge and trans-Hudson rail tunnel, and urged the nominee’s support.

“I had a really good exchange today with former Mayor Buttigieg.  I made clear that completing Gateway is not just critical to New Jersey but also to the entire region and our national economy, and I believe he understands the importance of the project,” said Sen. Menendez.  “I look forward to working with him and the Biden Administration to move Gateway forward and advance a broader, robust package to modernize our country’s aging infrastructure.”

Buttigieg told the Senator that he recognized the importance of Gateway.  He pledged to end the political interference that has slowed the project, give it fair ratings and review the long-awaited Environmental Impact Statement (EIS) for the Hudson tunnels, which has been delayed for years under the Trump Administration.

After four years of arbitrary delays, unsubstantiated rating cuts and other roadblocks put up during the Trump Administration, an over $800 million federal Full Funding Grant Agreement was reached earlier this month that allows construction of a new Portal Bridge to move forward.  The 110-year-old, antiquated, swing-style span over the Hackensack River in Kearny has long been considered the linchpin of the entire Northeast Corridor (NEC) and the source of major service disruptions for Amtrak and NJ TRANSIT riders, and carries an average 450 trains and 200,000 passengers each day.

Building a new, higher, fixed Portal North Bridge is a key component of the broader Gateway Project, which includes modernizing the rail infrastructure between Newark and New York Penn Stations, construction of a new Hudson River rail tunnel and rehabilitation of the existing century-old tubes that were severely damaged by Superstorm Sandy.

Buttigieg assured the Senator he would help expedite release of funding already approved to help private transportation operators.  He also said he would ensure transit is a central component of any future infrastructure package proposed by the Biden Administration.