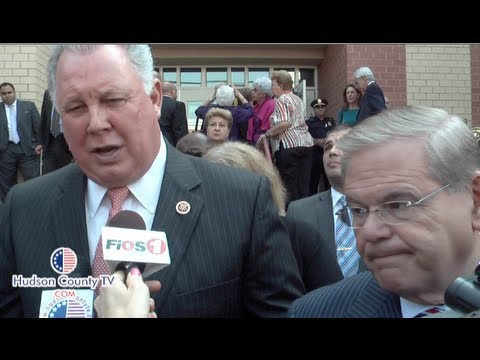 WEST NEW YORK, NJ — With the Democratic Primary election drawing to a close, Congressman Albio Sires is releasing a new list of prominent supporters rallying behind his campaign. The endorses join many prominent leaders in the Democratic Party and the progressive movement, including Governor Phil Murphy and a host of labor unions representing hundreds of thousands of working families throughout the nation. The additional supporters are:

“During my long tenure with the HCCLC there was always one official I could count on to champion labor issues and that is Congressman Albio Sires. His voting record in congress on worker protection issues is impeccable and his willingness to advocate on behalf of true working families is one of his greatest strengths.” — Peter Busacca, President Emeritus of Hudson County Central Labor Council

“Since his days as Mayor of West New York, to his time in the State Assembly where he served as Speaker, to his 14 years in Congress, Albio Sires has always fought for the little guy. Rep. Sires is among the biggest champions of mass transit on Capitol Hill. Congressman Sires has always been there for working families, and now it’s our turn to have his back.” — John A. Costa, International President, Amalgamated Transit Union

“One of the great privileges of a life spent in Hudson County politics is knowing leaders like Albio Sires. As a member of the House of Representatives, Albio has never forgotten his immigrant roots and the opportunities this country has afforded him, opportunities he has sought to pay forward through a life of public service. I’m proud to support my friend, Albio Sires, and the entire slate of Column B candidates.” – Rob Menendez, Jr., attorney, political leader and Jersey City resident

“Albio Sires is one of the Democratic Party’s most loyal supporters of the State of Israel. His leadership on foreign affairs issues is steadfast. As Chairman of the Western Hemisphere Subcommittee and a member of the Subcommittee on the Europe and Eurasia Subcommittee, Congressman Sires champions international human rights initiatives and promotes American values of democracy and freedom abroad. He is a voice for those who need it most. Congressman Sires has earned another term as our representative.” — Beth Mason, former Hoboken Councilwoman, Democratic activist, and small business owner