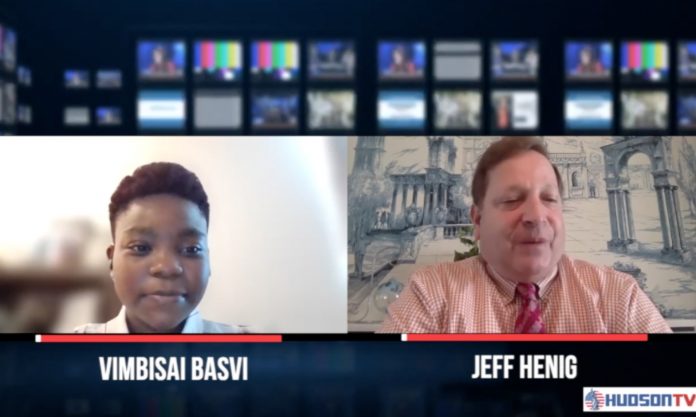 The 2021 Valedictorian from North Bergen High School came to America with her family less than four years ago from Zimbabwe.  In a few months, Vimbisai Basvi will be heading off to college.  Not just any college.  An Ivy League school in New Haven, Connecticut.  Yale University.  Quite an accomplishment for a young lady who says the transfer to a new country was difficult at times.

Hudson TV reporter Jeff Henig spoke with Vimbisai this week, a few days prior to her high school graduation ceremony at Bruins Stadium in James J. Braddock Park this Friday.

This year’s North Bergen High School graduating class consists of 557 seniors.  Due to COVID, there will be two, separate graduating ceremonies at Bruins Stadium.  As a result, Vimbisai recorded her Valedictorian speech so it can be played at the ceremony she is not “alphabetically” attending.