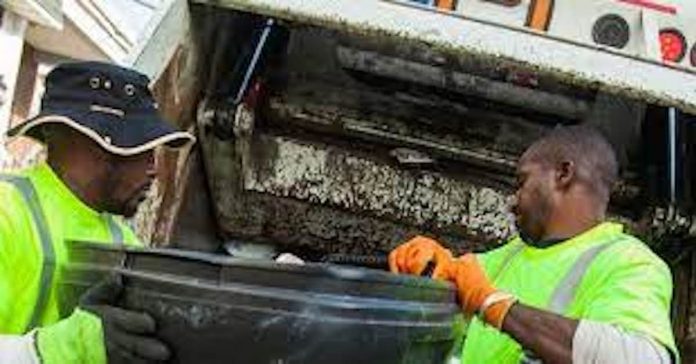 For both garbage and recycling pick-ups, Bayonne will be divided into three zones.

Zone 1 will have regular garbage pick-ups on Sunday and Wednesday nights.

Zone 2 will have regular garbage pick-ups on Monday and Thursday nights.

Zone 3 will have regular garbage pick-ups on Tuesday and Friday nights.

Under the new schedule, there will be no bulk pick-ups on regular garbage nights.  Bulk refuse, such as household furniture, is limited to three items per collection.  Bulk items will be picked up by special arrangement on the second and third Saturdays of each month.  Please reserve a bulk pick-up in advance by calling 201-858-6123.

Mattresses must be wrapped in plastic.  They will be picked up on Tuesdays by reservation only.  You must call 201-858-6123 to schedule a mattress pick-up.

Zone 1 will have recycling pick-ups on Wednesdays.

Zone 2 will have recycling pick-ups on Thursdays.

Zone 3 will have recycling pick-ups on Fridays.

The pick-ups for bottles & cans will include glass bottles, plastic bottles and jugs, and all cans (except paint cans).  Cans and bottles should be set out in either plastic recycling bags or in labeled receptacles.

Electronic waste (E-waste), including televisions, computers, and all other electronic items, will be picked up Monday through Friday by reservation only.  You must call 201-858-6099 the day before to schedule an e-waste pick-up.

Scrap metal will be picked up on Tuesdays by reservation only.  You must call 201-858-6099 to schedule a scrap metal pick-up.

To avoid a possible fine, please do not put your garbage or recycling out before 3:00 p.m. on the night it is to be collected.