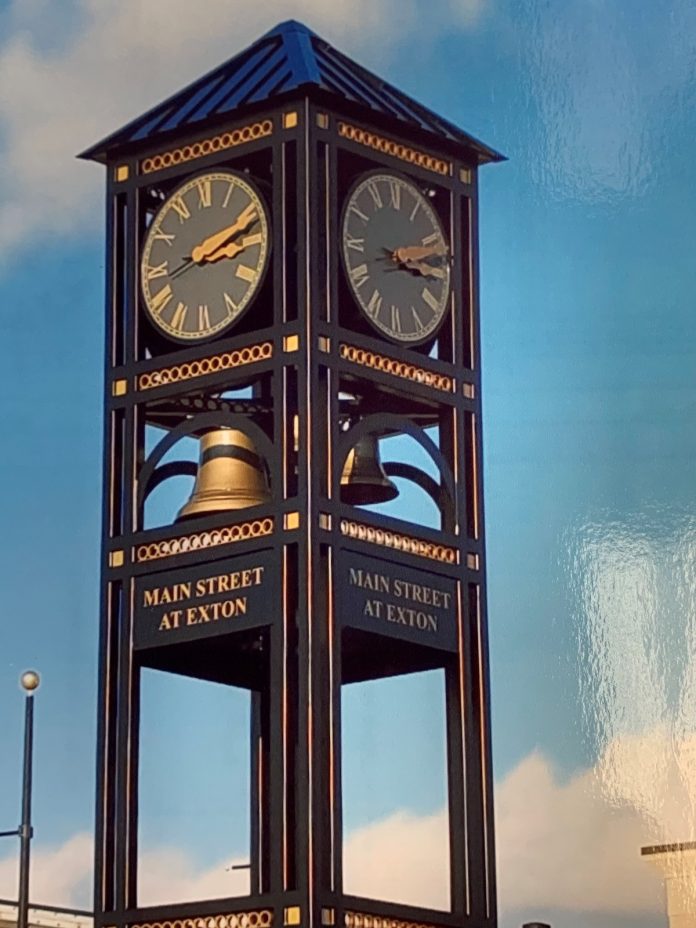 Mayor Jimmy Davis has announced that the new bell tower for Fitzpatrick Park in Bayonne is expected to arrive in Bayonne on or about Wednesday, October 5.  The thirty-five-foot tower will be the new home for three bells that used to ring at the former St. Joseph’s Church of Bayonne.

The bell tower will be coming from the Verdin Bell Company in Cincinnati, Ohio, where the bells have been polished, refurbished, and re-toned.  A fourth bell from the former church will be placed inside City Hall at a later date. Details concerning the fourth bell will be announced after arrangements have been made.

Mayor Davis said, “I am very proud that our Administration saved the bells of St. Joseph’s Church for future generations of residents to enjoy.  They will serve as a memorial to the Slovak immigrants of St. Joseph’s Parish who helped build Bayonne in the nineteenth and twentieth centuries.”

The bell tower will arrive in Bayonne on a truck.  The tower will be lifted and put in place in Fitzpatrick Park at the corner of 27th Street and Avenue C.  A clock with four faces, one on each side, will be a prominent feature of the tower. The bells will be mounted inside the tower.  They will be active bells, capable of making sounds along with music or tolling for the hour.  The bells can be programmed to ring at specific times.

As Public Works Director Tom Cotter explained, “We will have a clock tower with all the bells and whistles.” After the tower is in its new home, it will be hooked up to the electric line in the park.  According to Director Cotter, the electricity will be tested to make sure that the clock and the bells work.  He said, “Hopefully, within a few days after it’s installation, the bell tower will be ready to use.”  If everything is in working order, a dedication ceremony will be held for the tower at Fitzpatrick Park on Tuesday, October 11, at 10:00 a.m.

The bell tower includes a weather vane on its top.  This kind of bell tower is placed frequently in town squares and shopping districts across the country.