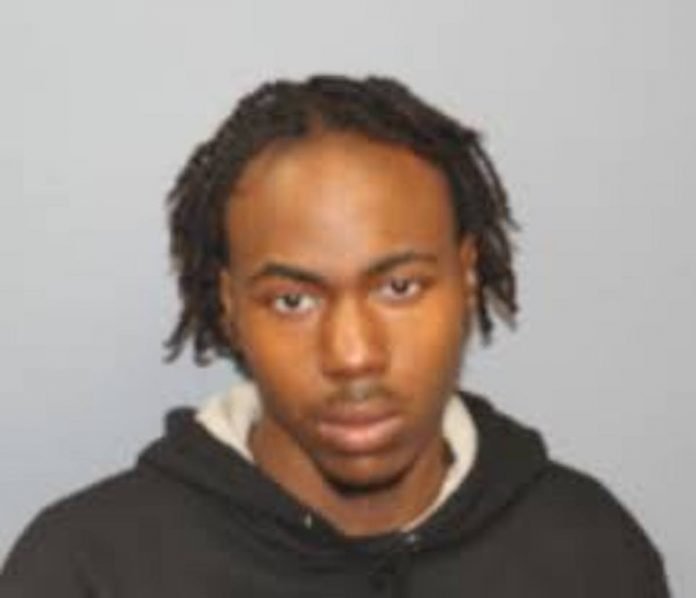 On May 16, 2021 at 5:44 A.M., Secaucus Police responded to Central Lane and Luhmann Terrace on a report of three males attempting to gain entry into parked vehicles.  The males were reported to be accompanied by a black Honda Civic.  Police Officer Alex Witrock arrived in just under one minute and located the black Honda Civic on Laurel Court.

Davion Jones, 18, along with the 17-year-old male driver, and the 15-year-old male and 17-year-old male passengers, all of Newark, were placed under arrest.  At the time of their arrest, proceeds from a vehicle that was burglarized on Central Lane were recovered.  Additionally, the Honda Civic was found to be stolen from Roselle Park earlier in the night.  The investigation is ongoing and additional charges may be filed.

“I commend the resident for immediately calling police to report the incident and acknowledge we cannot do our jobs successfully without the community’s partnership,” Chief Dennis Miller said.  “I also commend and highlight the restraint by my officers in not using deadly force, despite being presented with an immediate danger created by these individuals who are clearly not frightened by our criminal justice system,” Miller said.

Davion Jones and all of the juveniles were each charged with Burglary [2C:18-2a(1)], Theft [2C:20-3a], Receiving Stolen Property [2C:20-7] and Conspiracy to Commit Burglary and Theft [2C:5-2/2C:18-2a(1) & 2C:20-3a].  Davion Jones was additionally charged with three counts of Endangering the Welfare of a Child [2C:24-4] and three counts of Using a Juvenile in the Commission of a Crime [2C:24-9a].  The 17-year-old driver was also charged with Eluding [2C:29-2b], Aggravated Assault on a Police Officer [2C:12-b(5)(a)] and Unlawful Possession of a Weapon, the vehicle, [2C:29-5(d)]. The 17-year-old driver also was wanted on five active warrants for Burglary from Livingston.  Davion Jones and all of the juveniles were charged and released pending their appearance in court, pursuant to Criminal Justice/Juvenile Justice Reform