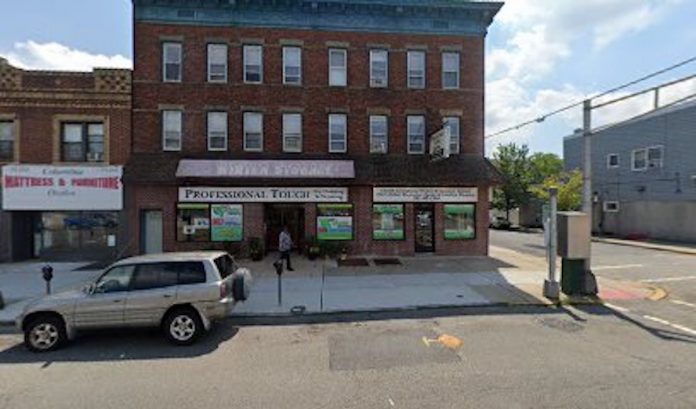 Professional Touch  Finding of Probable Cause

TRENTON – Attorney General Gurbir S. Grewal announced today that the Division on Civil Rights (DCR) has issued Findings of Probable Cause against a Bayonne employer accused of discrimination on the basis of sexual orientation in violation of the New Jersey Law Against Discrimination (LAD).

The DCR found probable cause that the complainant was subject to a hostile work environment by her employer, Professional Touch Dry Cleaning & Apparel Repairs of Bayonne, because its owner regularly made derisive remarks about her sexual orientation to customers and co-workers.  The employee identifies as a lesbian.

“There simply is no place in the workplace for unwanted touching, lewd comments, inappropriate remarks about an individual’s sexual orientation or other forms of harassment,” said Attorney General Grewal. “Employers have a duty to ensure a discrimination and harassment-free work environment. When they fail to do so, the Division on Civil Rights will take action.”

“Every person in New Jersey has the right to be free from sexual harassment and harassment based on sexual orientation at work,” said DCR Deputy Director Rosemary DiSavino. “If employers subject their employees to illegal harassment, DCR will aggressively enforce the law.”

The LAD prohibits discrimination and harassment in employment based on an individual’s actual or perceived sexual orientation, gender, gender identity or expression, or other protected characteristics. Prohibited bias-based harassment, including sexual harassment, can take different forms. For example, workplace sexual harassment is unlawful when it is so severe or pervasive such that it creates a hostile working environment.

The LAD also bans “quid pro quo” sexual harassment, where a person in a position of power demands sex or sexual favors in exchange for favorable treatment, such as continued employment or a promotion. In addition, the law prohibits retaliation against persons who engage in protected activity, including those who assert an LAD violation and their supporters, as well as those who refuse to engage in or condone discriminatory conduct.

In the case involving Professional Touch Dry Cleaning & Apparel Repairs, the complainant was hired as a counter employee in 2017 and quit her job after approximately two years because the business owner allegedly subjected her to a hostile working environment by openly disclosing, discussing, and deriding her sexual orientation.

The complainant stated that throughout her employment, the owner repeatedly made discriminatory comments about the fact that she is a lesbian in front of other employees and customers. As part of its investigation, DCR interviewed several current employees, former employees, and customers of Professional Touch who corroborated the complainant’s claims.

One former employee recalled that the owner made a disgusted facial expression while telling her that the complainant is gay. A customer described an instance in which he observed the owner mocking the complainant behind her back by making a lewd gesture alluding to her sexual orientation.

A Finding of Probable Cause does not represent final adjudication of the case. Rather, it means the State has concluded its preliminary investigations and determined there is sufficient evidence to support a reasonable suspicion the LAD was violated, and to prosecute the case in either public hearings or lawsuits in court.

Professional Touch has denied the allegations against them.