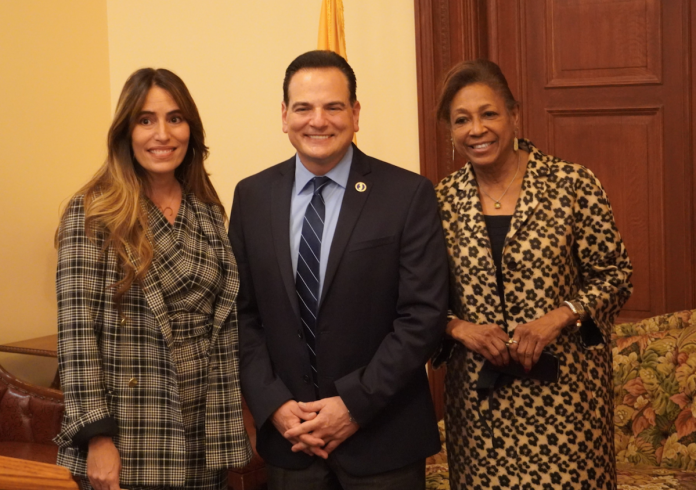 With the upset last week of Democratic New Jersey Senate President Steve Sweeney to Republican Edward Durr, Jr., the leadership majority in the State Senate has changed.  Today, it was officially announced that Senator Nicholas Scutari has been chosen the Senate President-Elect.

The veteran Union County lawmaker will now hold the second most powerful government position in the state come January behind Governor Phil Murphy.  Scutari was chosen during a closed door meeting at the State House among leaders of the Democratic majority.

There is apparently going to be a challenge to Scutari’s selection when a formal vote is taken on January 11.  Essex County Senator Nia Gill plans to put her name up, but she would need Democrats to break away from Scutari as well as support from Republican Senators, a scenario which is not likely to occur.

Following his selection, Scutari said, “This is truly a humbling experience, that a poor kid from Linden raised by a single mom could one day be selected as the Senate president-elect is really awe-inspiring, and it is a true testament that the American dream is alive and well here in New Jersey.”

“I would like to congratulate my friend Senator Teresa Ruiz for making history as the first Latina to hold the position of Majority Leader.  A strong, determined, and progressive leader, Senator Ruiz has always advocated for New Jersey’s working families, for Black and brown communities, and for our most vulnerable populations. I am confident that with her leadership, as well as the leadership of Senate President Scutari and the rest of his diverse and experienced team, Governor Murphy, and Assembly Speaker Coughlin, New Jersey will continue to lead the way on pursuing a bold policy agenda that delivers the kind of meaningful progress for working and middle class families that we must strive for.”