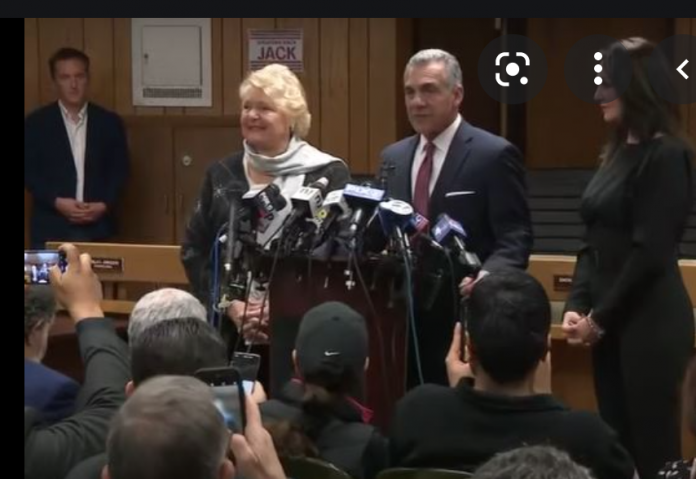 Ciattarelli said, despite ballots still being counted, his campaign found no cause for a recount and found nothing to indicate the election was stolen.   The campaign had hoped since election night that enough mail-in and provisional ballots would have cut into Murphy’s lead to bring the margin to 1% or less, thereby justifying a recount.

That did not happen.

Ciattarelli did say he was proud the voters of New Jersey had cut into the Democratic Party’s hold in the State Legislature, flipping two Senate seats, including that of Senate President Steve Sweeney, and six Assembly seats.

After receiving a call from Ciattarelli telling him he was conceding the election, Governor Murphy issued the following statement:

“Earlier today I received a phone call from Assemblyman Ciattarelli congratulating us on our victory. I thank the Assemblyman, his wife Melinda, and his family for a spirited campaign and their commitment to public service.

“This election was not simply a choice of candidates, but of direction, and the people of New Jersey have chosen to keep moving forward. We know our work of building a stronger and fairer state doesn’t end with this election. And we know our path forward won’t be easy as we continue to beat back this pandemic.

“Over the next four years, we will govern as we have since day one – committed to building a stronger and fairer New Jersey from the middle out and the bottom up. A state where everyone has a fair chance and opportunity is there for all. We will continue to stand with New Jersey’s middle class and everyone striving to get there.

“We also renew our promise to all New Jerseyans – those that voted for me, and those that did not – to continue fighting for a New Jersey that works for everyone. I look forward to moving confidently toward that goal as one state and one family.”

Ciattarelli says he is not going away and plans to run for Governor again in four years.