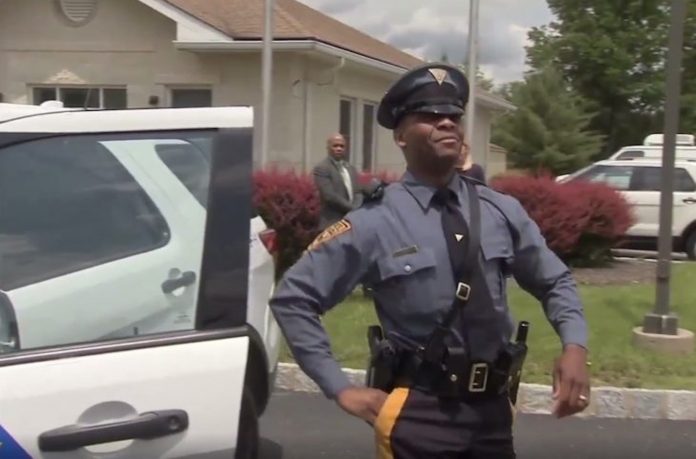 28-year old, New Jersey State Trooper Michael Patterson of Bayonne, was criminally charged on Friday for allegedly stalking a female driver while in his patrol car while on duty, according to New Jersey Attorney General Gurbir Grewal.

According to an investigation performed by the New Jersey State Police Office of Professional Standards, which referred the matter to the Corruption Bureau within the Office of Public Integrity and Accountability, Trooper Patterson allegedly conducted a motor vehicle stop on January 28, 2020 at approximately 9:30 p.m.   The stop took place on the New Jersey Turnpike.  The vehicle was being driven by a woman.

Patterson let the woman go with a warning.  Then a few minutes later, the Trooper allegedly stopped her car a second time without cause as it was exiting the Turnpike at Exit 11.

According to Attorney General Grewal, Patterson is alleged to have conducted the second motor vehicle stop in order to make unwanted advances on the female driver.  The investigation further revealed that Trooper Patterson is alleged to have disabled his in-vehicle digital recorder so the second stop could not be recorded.  The investigation also charges Patterson with following the female driver’s car home, putting her in fear.

The complaint and summons against Trooper Patterson charges him with a crime of deprivation of civil rights, a third degree offense, plus fourth degree crimes of stalking and tampering with public records.

The case is being prosecuted by the Office of Public Integrity and Accountability.