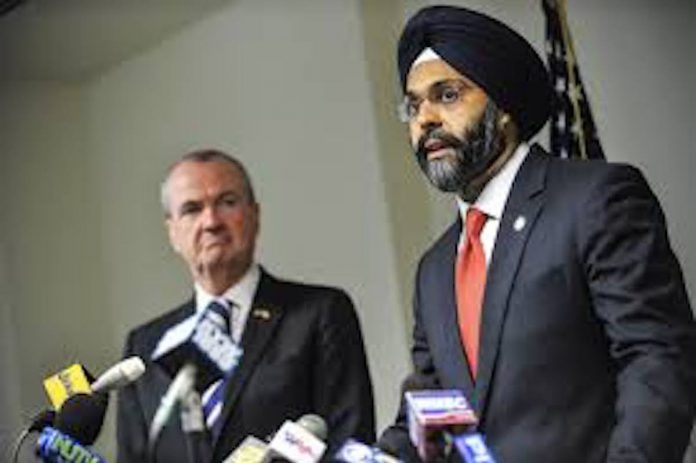 New Jersey Attorney General Gurbir Grewal tweeted this afternoon that the state plans to sue the United States Postal Service.  His tweet read, “I can confirm New Jersey will be suing @USPS.  Voting by mail is safe, secure, and reliable.  We intend to keep it that way.  As AG, I’ve made it my mission to hold accountable those who try to corrupt our political process.  Lawsuit coming soon.”

The lawsuit comes over growing concerns that President Trump and his Administration are crippling the USPS on purpose prior to an anticipated surge in Vote By Mail ballots for the November General Election due to the coronavirus pandemic. Governor Phil Murphy has said that 6.2 million registered New Jersey voters will be mailed the ballots.

Joining Grewal in today’s announcement of a pending lawsuit were attorneys general from across the country, including Massachusetts AG Maura Healy and Pennsylvania AG Josh Shapiro.

Meanwhile, U.S. Postmaster General Louis DeJoy announced he is halting many of the policies which have been tied to post office delays in recent weeks and months, mainly the removal of postal collection boxes and equipment used for processing mail.  DeJoy says those initiatives will be stopped until after the election.  In a statement DeJoy said the postal service is “ready today to handle whatever volume of election mail it receives this fall.”

Specific details about the AG’s complaint, including its legal basis and what Grewal and New Jersey are suing to stop, were not specified in today’s announcement.

Meanwhile, 10th District Congressman Donald Payne, Jr. of Newark, who represents a section of Hudson County, today visited three local Post Offices in his district to get more information on how to help them survive the U.S. Postal Service’s unprecedented attack from the Trump Administration.  This week, the House plans to vote on two bills to restore postal service and delivery to pre-coronavirus levels as well as provide the Postal Service with $25 billion in emergency funds.

“I’ve said many times that the Post Office must be protected at all costs,” said Congressman Payne.  “Support for the Postal Service should never be a political issue.  The Trump Administration wants to limit effective mail service to try and create distrust in mail-in voting during the 2020 election.  President Trump knows our carriers and post office workers get the job done when they are given the right tools and funds.  I will continue the fight to stop Trump’s attempts to hamper this very American institution and get all Americans the quality service they expect from their local Post Office.”

Rep. Payne spoke with officials at the Newark, Orange and Union branches of the Postal Service to hear from managers and workers personally about the hardships they are facing during the global pandemic.  He wanted to hear about their experiences before he voted on the Delivering for America Act (H.R. 8015) this week, a bill to improve postal service during this public health crisis.  In the last two weeks, the Congressman has written or co-signed four letters to House leadership, Postmaster General Louis DeJoy, and others to provide funds for the Postal Service in the next coronavirus bill and improve service to all Americans during this global pandemic.  These are part of Rep. Payne, Jr.’s continued fight to save the Postal Service from President Trump’s attempts to defund it.

The Delivering for America Act would halt Post Office closures or consolidations, stop the reduction of hours at postal locations, ensure that employees receive overtime pay for overtime hours, and return postal service to the level Americans experienced on January 1, 2020, before the coronavirus public health crisis crippled the nation.

It has gained strong support in the House after the Trump Administration stated that it would like to limit the effectiveness of postal service to hinder mail-in ballot counts for the 2020 election.  Postmaster General Louis DeJoy (who took office on June 15, 2020) issued a series of changes that have affected mail delivery nationwide.  Recently, he slowed delivery when he dismantled 19 mail sorting machines that could have sorted 35,000 pieces of mail per hour at locations across the country, a move that could prompt a criminal investigation.  Previously, DeJoy demanded that any undelivered mail at the end of an eight-hour work shift should stay at distribution offices to limit overtime and delayed delivery even longer during a national health emergency.  A second memo reassigned 23 executives to give DeJoy unprecedented power to control the Post Office.

The President and many members of the Republican Party have repeatedly said that mail-in ballots have a high risk of voter fraud, despite evidence to the contrary.  Last week, Congressman Bill Pascrell of New Jersey’s 9th District, which includes a portion of Hudson County, asked Attorney General Grewal  to convene a grand jury to investigate the President and the Postmaster General.