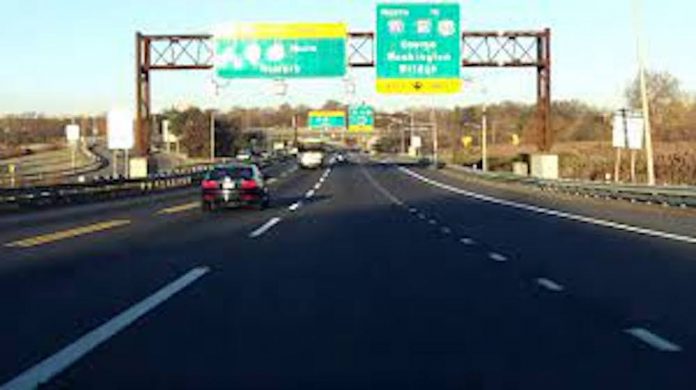 There’s good news for drivers living in 5 Hudson County municipalities and 1 Bergen County town who have E-Z Pass and utilize two of the New Jersey Turnpike’s exits.  Financial relief is coming in a few months after State Senators Nicholas Sacco and Brian Stack heard the complaints of drivers and the concern of Secaucus Mayor Michael Gonnelli.

In a telephone conversation with Hudson TV this afternoon, North Bergen spokesperson Phil Swibinski said the Senators/Mayors have been given assurances from the NJ Turnpike Authority that a $2 toll increase at those exits will be removed in the near future, returning to its original fee.  The NJ Turnpike Authority must first complete a review process before the board takes a final vote.  The original toll will remain in place, according to Swibinski, until such time as tolls across the length of the Turnpike increase.

Here is the press release issued this afternoon by the Senators’ offices:

NORTH BERGEN, NJ — Responding to constituent concerns after a reconfiguration of the New Jersey Turnpike’s Exit 16E/18E interchange led to residents of nearby towns being forced to pay dramatically higher tolls, State Senators Nicholas J. Sacco and Brian P. Stack are announcing an agreement reached with the Turnpike Authority to provide relief to local drivers and eliminate the additional tolls. Drivers whose vehicles are registered in North Bergen, Union City, Secaucus, Guttenberg, West New York and Fairview will now automatically receive a special discount through their E-ZPass accounts that will allow them to pay the original 16E toll, rather than the inflated 18E toll that they had recently been forced to pay.

“I would like to thank the Turnpike Authority for being receptive to our concerns and reversing this policy that created what amounts to an unfair additional tax on my constituents,” said Senator Sacco. “Especially in these uncertain economic times when inflation is causing prices to rise, the last thing residents need is higher tolls for the same trips they have been taking for years. Now, the residents of these nearby towns will be protected and will soon start to receive this special discount with no need to register or take any action as long as they are signed up for E-ZPass.”

Under the reconfiguration, a driver traveling from Newark Airport (Exit 14) to Secaucus (Exit 16E) is now being charged an additional $2 in tolls, raising the total cost by 69% for the same trip. Senator Sacco credits Secaucus Mayor Mike Gonnelli with bringing the situation to his attention, as well as his colleague Senator Stack for standing strong against the increased tolls for local residents.

“When Senator Sacco brought this issue to my attention it was clear to me immediately that these higher tolls were an unfair burden on the residents of Union City and surrounding communities and that we needed to take action right away to correct this wrong,” said Senator Stack. “Especially for working people who are struggling to make ends meet, we should always be looking for ways to reduce their financial burden and help them live a better life.”

The reduced tolls for residents in the designated areas will go into effect after a review process is completed by the Turnpike Authority and a final vote is taken by its board. This is expected to occur in Spring 2022.