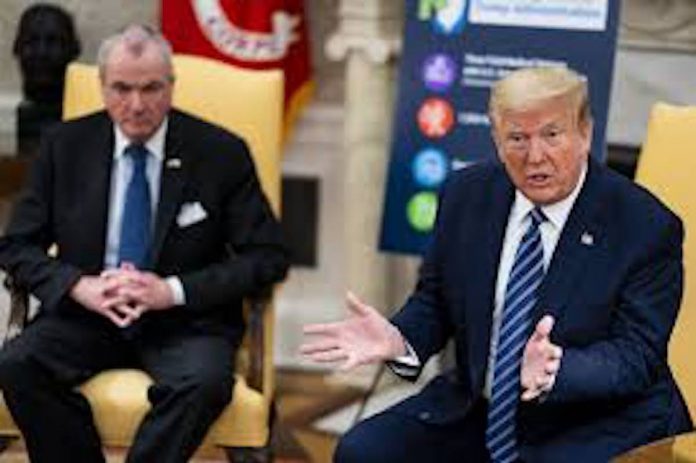 TRENTON, NJ — The New Jersey Democratic State Committee is condemning a lawsuit filed by the Trump campaign against Governor Phil Murphy and the state as a blatant attempt at voter disenfranchisement and another case of Republican leaders spreading lies about vote by mail. The state party will take any necessary action to fight back against the Trump lawsuit and ensure that New Jersey voters have the opportunity to which they are constitutionally guaranteed to cast their vote without putting their lives in danger.

“Governor Murphy has consistently put people ahead of politics and protected the health and safety of New Jersey residents throughout the pandemic, and his decision to allow universal mail in voting in the November election is no different,” said NJDSC Chairman John Currie. “President Trump’s lawsuit is another clear attack on our democracy and on our voting rights, just like his efforts to destroy the Post Office and delegitimize the electoral process. New Jersey’s record of expanding vote by mail has been a clear success and our party will not allow Trump’s cynical and desperate attempt to threaten both our health and our sacred voting rights to succeed.”

The governor of Massachusetts , Boston, rejected the delivery of this vaccine, Because they are made from dead ☠️ Babies 👶

This vaccine 💉 it’s made from dead Baby’s

This vaccine have small particles of Baby 👶

One shot. It's bull shit since we were kids we gota VACCINE then later on we got it again with a booser shot

Why are they getting Johnson and Johnson. 60% protection and how can you trust a company that gave o many cancer with thier product. How the other towns got merderma not Johnson vaccine.

Brian P Stack, thank you for everything you do for the community!!!👏🙏🏼

Why didn't union city get the same shots as everyone else. Better hope our people are not being used as guinea pigs..