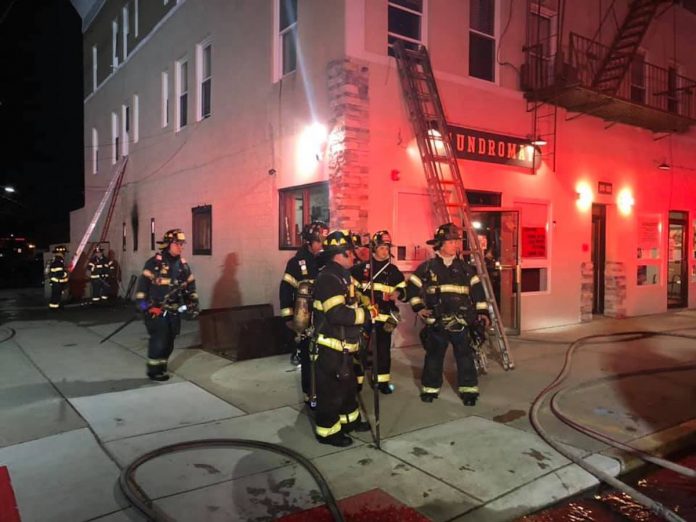 A Sunday night, one-alarm fire in Bayonne, which started in a ground floor laundromat, resulted in no injuries.  Deputy Fire Chief Bill Bartos released the following statement this afternoon:

“At 10:53pm last night, Bayonne Fire Department was dispatched to 186-188 Ave F on a report of fire. Arriving units found fire coming from a side window of a laundromat. The three story building contained the laundromat on the first floor and 8 residential units above. All occupants of the building were safely evacuated.
Firefighters used two hand lines to extinguish the blaze, which was confined to the business. The fire was declared under control at 11:22pm. The Building Department deemed that all occupants could return to their homes once fire operations were completed.
“Firefighters responded quickly and professionally and their actions kept this fire from spreading further into this older building. Fortunately, all occupants were able to return home quickly.”
An investigation is underway, however, the fire does not appear to be suspicious.