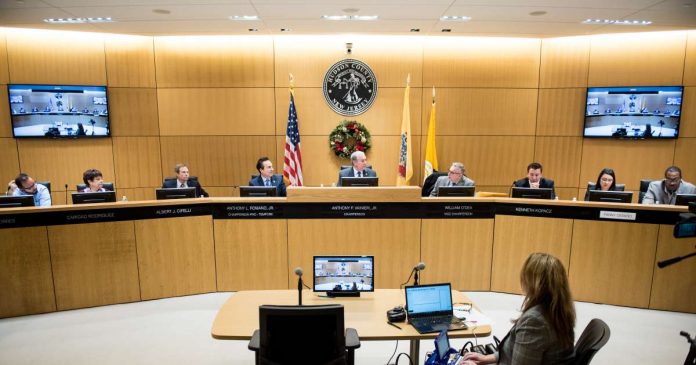 An old relic is going away…permanently.  Come January 1, 2021, New Jersey’s Boards of Chosen Freeholders will be a thing of the past and Boards of County Commissioners will be the new title for elected, county government officials.

On Friday, Governor Phil Murphy signed legislation making the change official.  The prime sponsor of the bill was Senate President Steve Sweeney.  The change comes following years of debate and was done due to the racist underpinnings of the term freeholder, which for centuries had been used, originally when white, male landholders were the only people who could be elected into public office.

The national outrage spurred on by the tragic circumstances of George Floyd’s death and the Black Lives Matter movement, brought the term freeholder, and its roots, into prominence.

Upon signing the legislation, Governor Murphy stated, “We have an obligation to ensure that governance in New Jersey is inclusive and representative of the tremendous diversity of our great state.  Amid a national reckoning to reexamine vestiges rooted in structural racism, this action will eliminate the use of the term ‘Freeholder’ in county government— a title that is an outgrowth of a time when people of color and women were excluded from public office.”

“As we work to bring justice and equality to all Americans we must recognize that symbolism matters,” Senate President Sweeney (D-Gloucester) said. “The public job title of ‘freeholder’ perpetuates a legacy of bigotry that disenfranchised groups of Americans and denied them full rights and equal opportunities. We should be diligent in erasing all remnants of oppression that are unjust and divisive.”