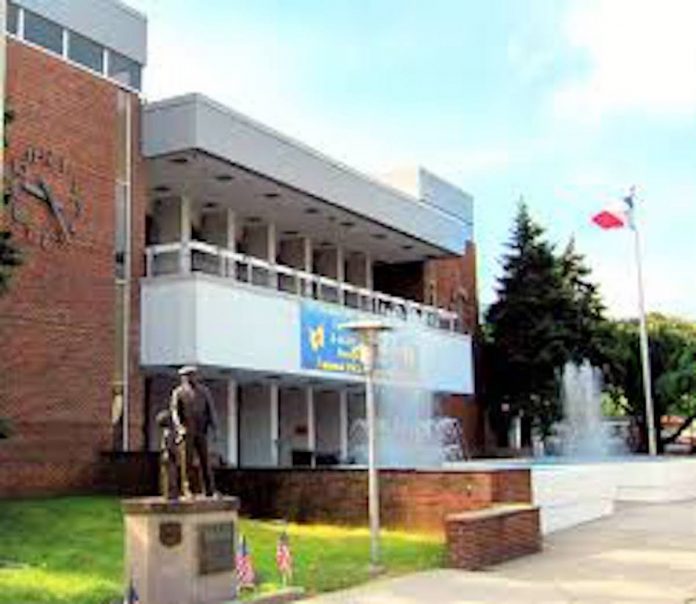 The Bayonne Mayoral and Council election is on May 10, and this morning the city announced that nominating petitions are available for residents interested in seeking public office.

So far, there are two announced candidates for Mayor.  Incumbent Mayor Jimmy Davis who is seeking his third term, and incumbent Council President Sharon Ashe-Nadrowski.  In addition, Councilmen Gary LaPelusa and Neil Carroll are running on the Mayor’s ticket.

City Clerk Madelene Medina announced that nominating petitions are now available in the City Clerk’s Office at the Municipal Building, 630 Avenue C.   Voters will select a mayor, two council members at large, and one council member in each of the city’s three wards for terms to commence July 1, 2022.

Candidates for election to municipal office must be registered voters and residents for at least one year and may only run for one office.  Ward council candidates must have been residents of the ward in which they live for at least one year.  Each candidate must submit a nominating petition that consists of separate petition certificates signed by one percent of the voters by whom he or she is to be elected.  Mayor and council member at large candidates must obtain 440 valid signatures, first ward council candidates need 148 signatures, second ward nominees will require 137 signatures and third ward candidates must submit 154.  These numbers are based on the voter registry as of the General Election held November 2, 2021.  The filing date for the signature certificates and additional documents (Designation of Campaign Manager, Acceptance of Nomination, Request for Ballot Designation, etc.) is Monday, March 7, 2022.  Signatures will be verified by the City Clerk’s Office, after which a ballot position drawing will be held.

Municipal elections in the City of Bayonne are “nonpartisan” by law.  Candidates may submit a ballot designation not to exceed six words that may not include political party references (Democrat, Republican, Democratic, GOP, etc.)  Candidates who run as a group or slate may not be included in the same row or column on the ballot.  However, two candidates for Council Member at Large may request that their names be listed on the ballot together with the same ballot designation.

Candidates will be supplied with more certificates than the number required to get on the ballot.  Requests for petition packages must be made by candidates, who may authorize a third party to pick up the package.  The request, however, must be signed by the actual candidate.  Candidates may duplicate the materials at their own expense in order to facilitate signature gathering or to file more petitions than the number supplied.  “In the past, some candidates have had several people pick up nominating materials, apparently as a means to file a large number of nominating petitions.  This practice can cause shortages in the number of available certificates, delays while additional petition forms are printed, and additional expense to the taxpayers,” Medina said.  Candidates desiring nominating petitions or their representatives should contact the city clerk to request a package of petition papers.  Application forms for nominating petition packages are available at the City Clerk’s Office between 8:30 AM and 4:30 PM Monday through Friday.  The petition papers should be available to requesters immediately, or within 24 hours if supplies have run out.