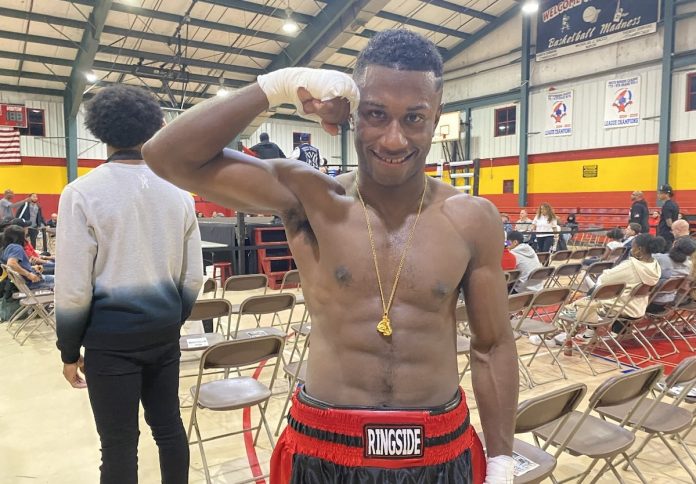 Valencia, 22, of West New York, N.J. entertained fans on Saturday and Sunday, outfighting the heavy-punching Ryan Leonard to a decision win in the semifinals before pummeling the overmatched Alvin Matthews in the championship fight on Sunday, October 16.

The win punctuated a meteoric rise in amateur boxing for Valencia, a native of Esmeraldas, Ecuador who only arrived in America four months ago after spending several years in Barcelona, Spain.

“I thank God for giving me this victory. I am grateful for all the support from my team, friends and fans. My goal is to keep growing and improving as a boxer,” said Valencia, who is known in boxing circles as “El Verdugo de Esmeraldas,” or “The Executioner of Esmeraldas.”

He will be back in the ring on November 18, when he faces N.J. Golden Gloves champion Abedallah Elaiwah at the Police Athletic League in Wayne, N.J.

Trainer Ryan Songalia expects this to be the first of many championships for Valencia.

“I believe Jean Pierre will be a champion at all levels of the sport. The greater the challenge, the greater his will to win becomes. There is no one who listens better and trusts the process more than this young man,” said Songalia, who works alongside coaches Danny McDermott, Ryan McElroy, Bruce Seldon and Carlos Solano.

Roldan will have a busy schedule next month as well when he represents New Jersey in the Inter-state Diamond Gloves tournament in Atlantic City from November 4-6, then will receive his N.J. Diamond Gloves championship belt at the New Jersey Boxing Hall of Fame dinner on November 10 at the Venetian in Garfield, N.J. 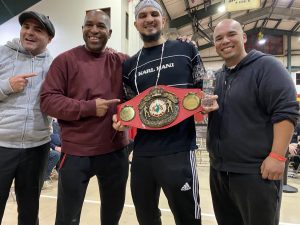 “What a beautiful welcome back gift from the universe,” said Roldan, who had been inactive from boxing for six years. “I’ve earned my stripes in this game. I’m back full throttle and I’m looking forward to shaking this sport up.”

Rivera, 19, of Guttenberg, N.J. also won unopposed when his opponent no-showed the championship fight. He will be in the ring on November 11 when he competes at an amateur show at Park Elite Boxing Academy in Roselle Park, N.J.

Aybar, 19, of Perth Amboy outfought the tough Jason Aguilar to win his title on points. He had previously competed on the Perth Amboy High School wrestling team.