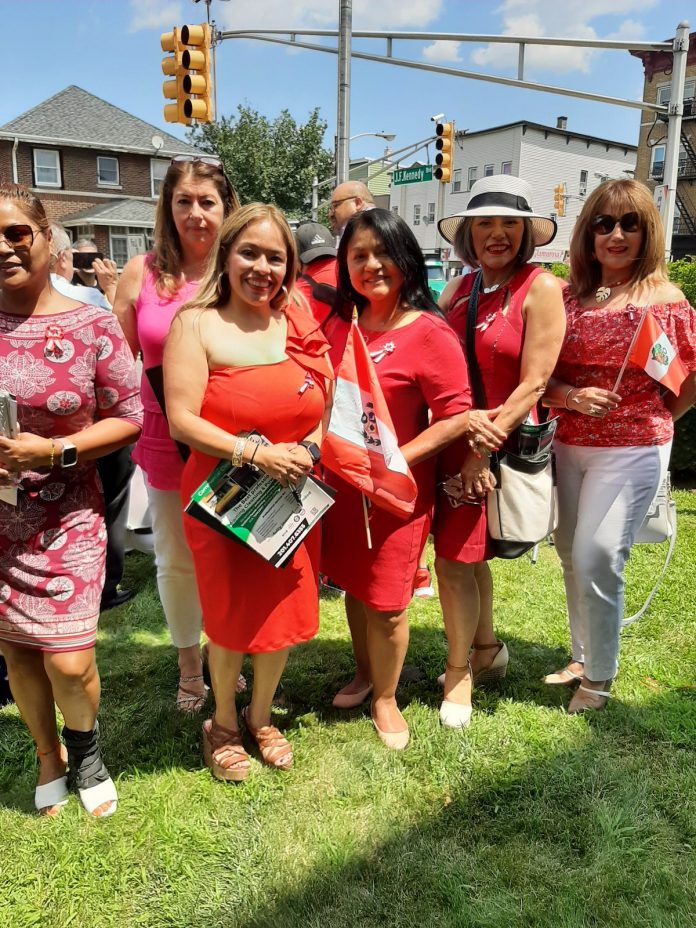 The Township of North Bergen celebrated the bicentennial of Peruvian independence this afternoon with a flag raising ceremony outside of Town Hall.  Members of the Peruvian community were in attendance, as were North Bergen Commissioners Julio Marenco and Allen Pascual, plus Town Administrator Janet Castro and Hudson County Commission Chairman Anthony Vainieri.

Also attending the ceremony was the Peruvian Consulate.  The Peruvian War of Independence was comprised of a series of military conflict Guaqui, continuing the definitive defeat of the Spanish Army in 1824 in the battle of Ayacucho and culminating in 1826 with the Siege of Callao.  Among the most important events during the war was the proclamation of independence of Peru by Jose de San Martin on July 28, 1821.