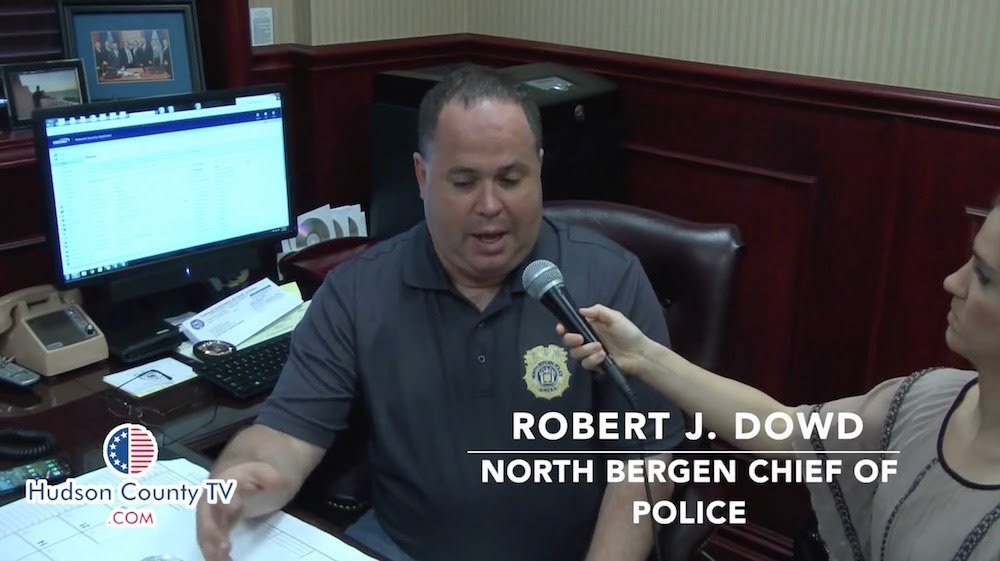 NORTH BERGEN, NJ – North Bergen Chief of Police Robert J. Dowd, a lifelong resident of the Township of North Bergen, has announced his retirement with the police department effective May 1, 2020, after serving a 26-and-a-half-year career with the NBPD.

“Chief Dowd has been instrumental in the growth of our Police Department and the high level of efficiency and professionalism associated with our police force,” said Mayor Nicholas J. Sacco. “We would like to thank Chief Dowd for his service and dedication to the Township of North Bergen and wish him a happy retirement and nothing but the best in his future endeavours.”

As the 9th Chief of Police in the department’s history, Robert Dowd is the commanding officer of the 144-member Accredited police department.  Chief Dowd is a Certified Public Manager (CPM), having earned his CPM designation at Rutgers University. He is also a graduate of the FBI’s Law Enforcement Executive Development Seminar, and has earned a Master of Science in Criminal Justice from New Jersey City University (NJCU) where he is an adjunct professor criminal justice.  Chief Dowd is an Accredited Chief Executive—Chief of Police—Advanced (ACE-COP) designated by the New Jersey State Association of Chiefs of Police. He served as the President of the Hudson County Chiefs of Police Association in 2017.

In 2016, Chief Dowd was invited to the White House by the Obama Administration to participate in discussions on the President’s 21st Century Policing Taskforce.  Chief Dowd has studied policing at the United Kingdom’s College of Policing in Manchester and Scotland Yard, England, as well as the Scottish Police College in Fife, Scotland.

During his tenure as Chief of Police, Robert Dowd is credited with changing the culture of the department by obtaining for the first time an accredited status in 2016 as well as reaccredited status in 2019. Under his leadership, Chief Dowd also formulated a crime control strategy that has enabled North Bergen to achieve some of its lowest crime statistics in recorded history.  Specifically, two national studies of 16,000 plus cities with populations of 50,000 or more people have revealed that the Township of North Bergen is the 23rd safest city in the nation, the 6th safest city in New Jersey, and the safest community in Hudson County.

Chief Dowd credits his crime control policy to the embracement of cutting-edge technology, and a combination of CompStat crime briefings, hotspot policing, and community policing. Also, under his leadership, the NBPD became completely transparent by sharing information through the White House Police Data Initiative, as well as posting crime data monthly on its website, and magnifying community outreach through social media.

Over the next few months, Chief Dowd will be working closely with his successor, Deputy Chief Peter Fasilis during the transition.  Peter Fasilis is set to take the oath of office as the NBPD’s 10th Chief of Police on May 1, 2020.

Union City Reports 797 Tested Positive, Number of Deaths Have Not Been Released

This message is only visible to admins:
Problem displaying Facebook posts.