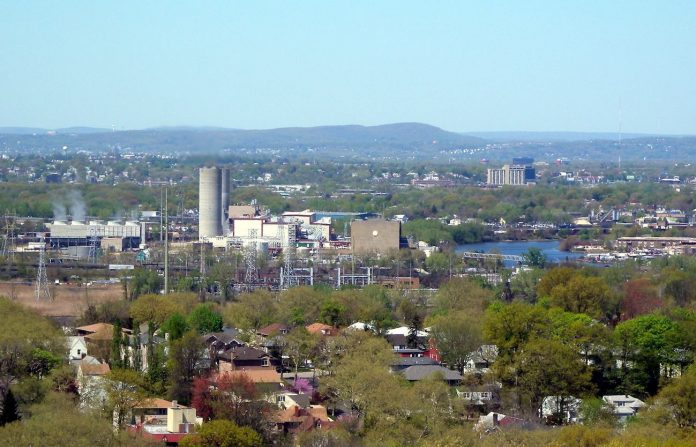 NORTH BERGEN, NJ — Mayor Nicholas Sacco and the Board of Commissioners passed a resolution recently calling on Ridgefield Mayor Anthony Suarez and the Borough Council to join them in supporting the closing of the PSE&G Bergen Generating Station, a mammoth 1,229 megawatt gas fired power plant located in the nearby community that has been repeatedly named by environmental advocates as the top producer of greenhouse gases in the state. The action by North Bergen comes after PSE&G publicly announced that it planned to divest from its fossil fuel burning plants in the state. This announcement has created the first real chance at building momentum for the closing of the state’s dirtiest power plant since its opening in 1995.

“The Bergen Generating Station has consistently been cited as the dirtiest power plant in the state and the biggest contributor to climate change in our area — closing this plant and transitioning it to a renewable energy use would not only benefit North Bergen residents by making our air cleaner and reducing carbon emissions, it would also help hundreds of thousands of people who live within a few miles of the facility,” said Mayor Sacco. “With PSE&G announcing its divestment plan, this is the perfect opportunity for local communities to bring pressure on the utility to close this dirty plant, and we hope that Mayor Suarez and his fellow Ridgefield leaders will join us in this fight and make their commitment to environmental justice clear.”

Mayor Suarez was an outspoken opponent of a proposed power plant project in North Bergen that was later cancelled after public outcry from environmentalists and residents in the area. Suarez attended public rallies against the project and was frequently quoted in the media on the topic, saying that he opposed it because: “Most importantly, the effects on our health and… our air here already isn’t a great quality. It’s gonna be putting more and more CO2 emissions into the air.”