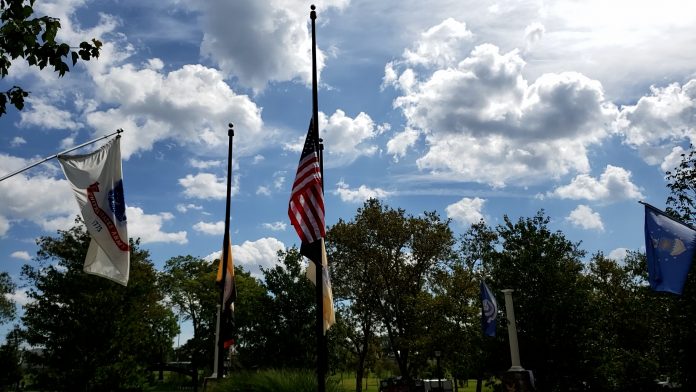 On Saturday at noon, the town of North Bergen gathered at James J Braddock Park on the 20th anniversary of the 9/11 attacks for a memorial service honoring those who lost their lives in the tragedy and the first responders who selflessly gave theirs on that fateful day.

The names of the 5 North Bergen residents who were lost in the line of duty that day, Christopher Amoroso, Robert Cirri, Sal Edward Tieri, Marcos Gorra, and David LeMagne, all had their names read aloud preceding a moment of silence and the playing of taps.

The ceremony was led by County Commissioner Anthony Vainieri with Mayor Nicholas Sacco and County Executive Thomas DeGise were among the officials who spoke to those gathered in attendance.