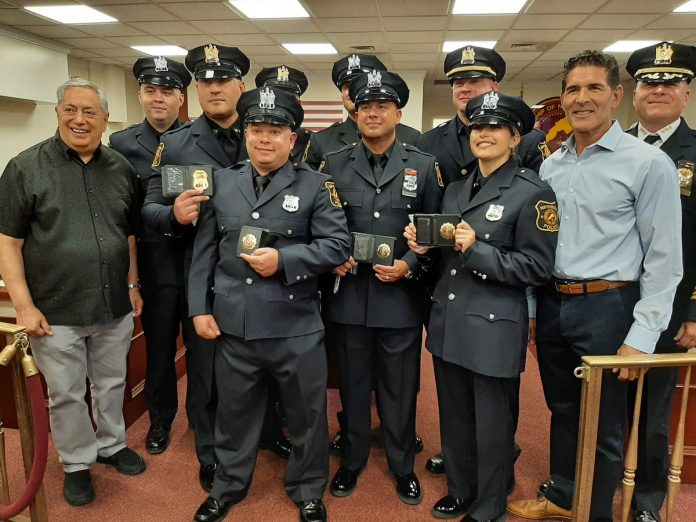 During a promotion ceremony held in North Bergen Town Hall on Wednesday, 8 members of the Police Department took their oaths.  Promoted were one to Lieutenant, one to Sergeant; one to Corporal and 5 to Detective.

The Corporal rank is the first ever in the history of the Department.  The Department currently has 136 officers, with 65% being Latino.  The overall demographic of the Township of North Bergen shows a population of 70% Latinos. 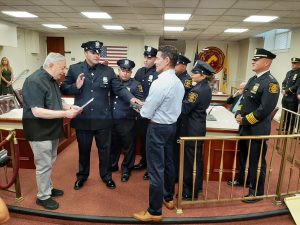 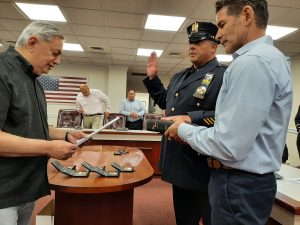 One of Wednesday’s 5 Detective promotions was a woman.  Each of the other promotions were given to male officers. 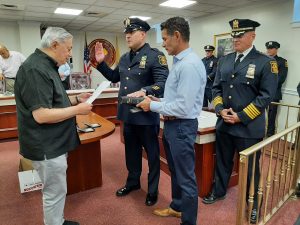 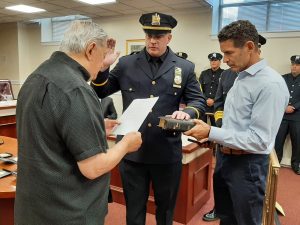 Mayor Nicholas Sacco made the point that when he took office as a Commissioner in 1985, the structure of the Police Department was completely different.  There were about 85 officers and only two patrol cars.  He said officers had to ride the bus to get to their assignments, but he wasn’t sure wether the bus drivers charged the officers for the ride, a fact which drew some laughter.