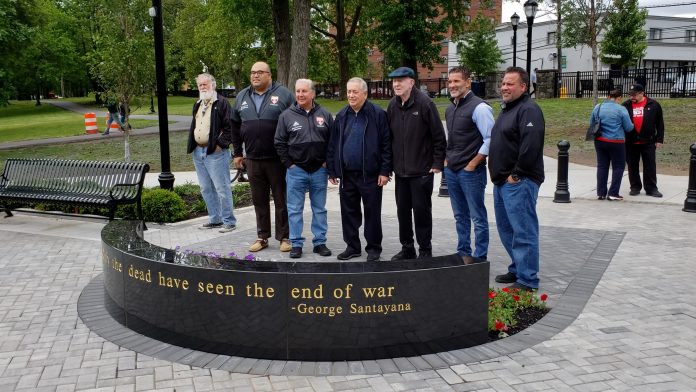 This Memorial Day, at 11 AM, the town of North Bergen held a ribbon cutting ceremony for the new War Memorial Plaza at James J. Braddock North Hudson County Park.

Veterans and residents were in attendance as county commissioner Anthony Vainieri addressed the crowd before cutting the ribbon, opening the plaza to the public.  The new memorial was dedicated to past wars and the veterans that served in them. Plaques in memory of World Wars I & II, the Korean War, the Vietnam War, the Persian Gulf War, and Iraqi Freedom stand, each containing an image and a quote of the respective presidents in office during each conflict.