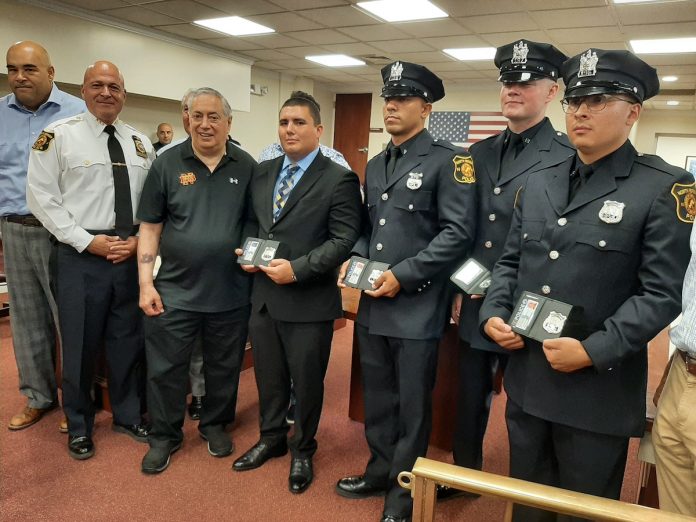 During a ceremony held on Wednesday afternoon in the North Bergen Commission Chambers at Town Hall, the Police Department promoted one officer to the rank of Sergeant, Hector Botello, and swore in four other officers, one a former Hudson County Sheriff’s Department officer, and the other three, former part time, Class II officers.

With Wednesday’s ceremony, the North Bergen Police Department now has 141 officers in its ranks.  Joseph Bufis has served for the past five years as a Hudson County Sheriff’s Department Officer.  Prior to that he served as a SLEO I in Cliffside Park for three years. 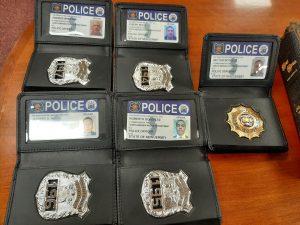 Roberto Gonzalez, Jeffrey Ruiz and Andrew Brennan have spent the past year or two as SLEO I or II officers within the the North Bergen Police Department.  They will have to complete approximately 40 additional hours of course work at the police academy before hitting the streets.