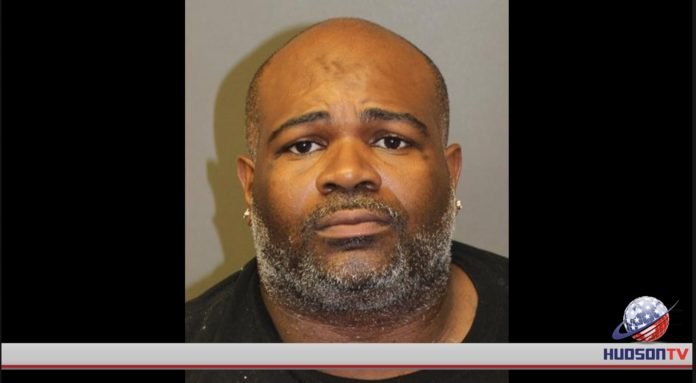 Bergen County Prosecutor Mark Musella announced the arrest of LARRY J. BLACKWELL (DOB: 03/03/1982; single; unemployed) of Hampton, VA on charges of Eluding, Money Laundering, Possession With Intent To Distribute A Controlled Dangerous Substance, and Resisting Arrest. The arrest is the result of an investigation conducted by the Bergen County Prosecutor’s Office under the direction of Chief Robert Anzilotti.

On Tuesday, July 21, 2020, detectives from the Bergen County Prosecutor’s Office Narcotics Task Force attempted to conduct a motor vehicle stop on a white Jeep Wrangler rental vehicle on Route 46 east in Fort Lee, NJ. The driver of the vehicle, LARRY J. BLACKWELL, initially began to slow down and move over, but he then turned onto North Avenue in Fort Lee and drove away. BLACKWELL struck a passing vehicle a few blocks away before crashing into an embankment and becoming disabled on North Ave at West Street. BLACKWELL then fled the scene on foot but was apprehended by detectives shortly thereafter. The passing motorist that had been struck sustained minor injuries and was transported to a local hospital. BLACKWELL was also transported to the hospital for a pre-existing knee injury.

Prosecutor Musella states that the charges are merely accusations and that the defendant is presumed innocent unless and until proven guilty beyond a reasonable doubt, and he would like to thank the Bergen County Sheriff’s Department and the Fort Lee Police Department for their assistance in this investigation.