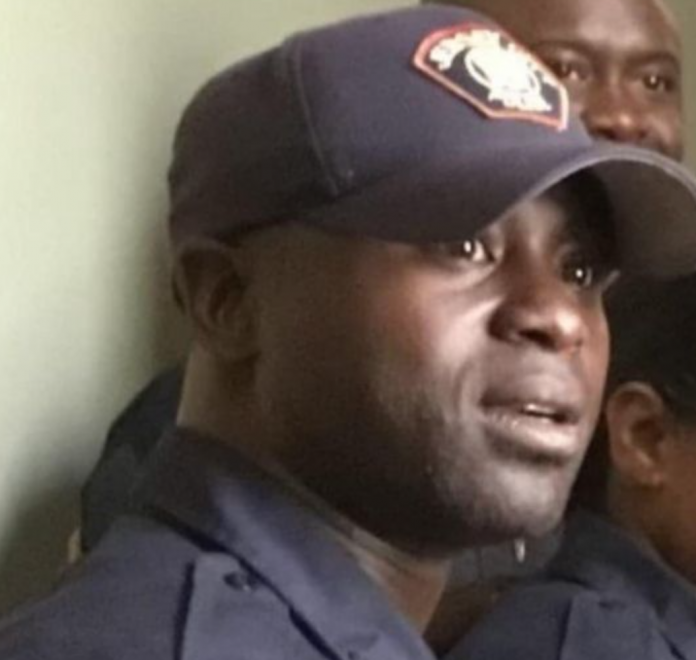 On Friday, July 16, 2021, shortly before 2:00 a.m., members of the Jersey City Police Department responded to the intersection of Communipaw Avenue and Woodward Street on a report of a motor vehicle collision with injuries. Upon arrival, responding officers found a motorcyclist with serious injuries.

The operator of the motorcycle, later identified as Morton Otundo, age 40, of Jersey City, was treated at the scene before being transported by Emergency Medical Services to Jersey City Medical Center. Otundo, an off-duty Jersey City Police Officer, was pronounced dead at approximately 2:30 a.m. The cause and manner of death are pending an investigation by the Regional Medical Examiner’s Office.

The driver of the automobile, a 30-year-old Jersey City resident, was also transported by EMS to JCMC for evaluation.

The initial investigation by the Hudson County Regional Collision Investigation Unit and the Jersey City Police Department revealed that the Yamaha motorcycle operated by Otundo was traveling east on Communipaw Avenue when it collided with a Ford Escape traveling west on Communipaw Avenue while the Ford Escape was making a left turn onto Woodward Street.

The events surrounding the crash remain under investigation by the Hudson County Regional Collision Investigation Unit with assistance from the Jersey City Police Department. No charges have been filed at this time.

Mayor Stephen Fulop sent the following statement: “This is a great loss to the JCPD and the entire Jersey City community. Officer Otundo leaves behind a lasting legacy throughout the entire police department through his two younger brothers, who are also on the force, as well as the many officers with whom he took the time to mentor, sharing his knowledge to help provide guidance and ultimately strengthen the department overall. We send our deepest condolences to Officer Otundo’s family.”