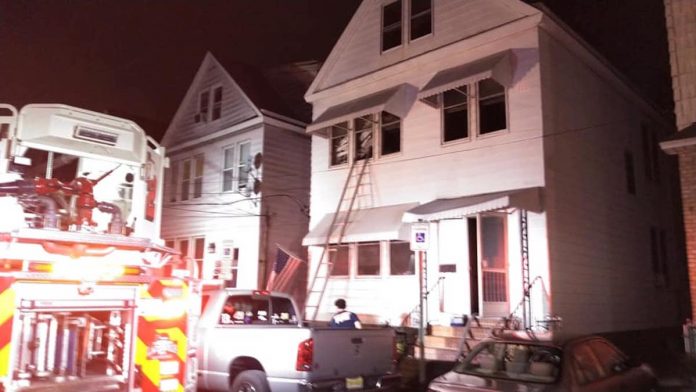 “Saturday at 5:54pm, the Bayonne Fire Department responded to a reported fire at 11 O’Brien Ct. Arriving fire companies found a working fire on the first floor of the building.
Firefighters deployed 3 hose lines to extinguish the fire and stop the fire from spreading to adjacent homes. The fire was placed under control at 6:46pm.
There were no injuries reported. Two residents of the building are temporarily displaced. The cause of the fire remains under investigation.”