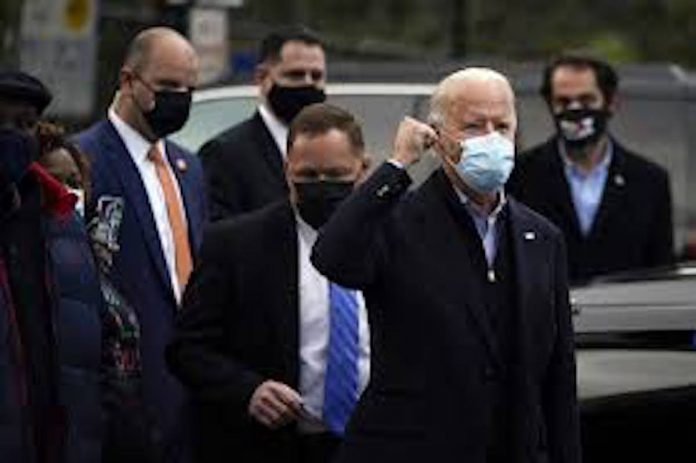 In the approximately seven hours since the major networks declared Joe Biden the next President of the United States, parties, parades, dancing and singing have been happening in cities across the nation.  In Washington, D.C., crowds have gathered outside of the White House, cheering the former Vice President and mocking President Donald Trump, with the most noticeable sign simply saying, “You’re Fired,” a clear and obvious poke at Trump’s catch phrase from his past reality TV series, The Apprentice.

The President has yet to appear today, other than on the golf course.  He certainly has not conceded the election.  The number of lawsuits and re-counts to come is anyone’s guess.  It’s safe to say President Trump has not called the President-elect to congratulate him on a well fought, legally operated election.

Here in New Jersey, Governor Phil Murphy was quick to congratulate the Biden-Harris ticket on their victory, saying “Congratulations to President-elect Biden and Vice President-elect Harris on an historic victory for our country. This week the United States elected a President who will lead with moral courage, personal conviction, and facts. It is no exaggeration to say that changing the way our country approaches this ongoing pandemic will save lives.

I know President-elect Biden will work to bring this country together, and will work toward ensuring equal justice and opportunity for everyone. I cannot wait to work with the Biden-Harris administration on funding the Gateway Tunnel, passing a stimulus bill with state and local aid, protecting and building on the Affordable Care Act, and restoring the SALT deduction. The Biden-Harris administration will be an incredible opportunity for New Jersey, and for our country, to finish much of our critical unfinished business.

More than anything, I look forward to honor and honesty being restored to the Presidency. May we never turn back.

None of this would be possible were it not for the thousands upon thousands of New Jerseyans who stood up and fought for our values over the past four years, many of whom engaged in politics for the first time in their lives. Together, we’ve stemmed the tide of destructive policies and actions that came at us from Washington. I hope to see all of you stay in the fight, and continue the inspiring activism and community organizing these past four years have inspired.”

Meanwhile, Congressman Albio Sires (D-District 8) released the following statement supporting Nancy Pelosi as Speaker of the House for the 117th Congress, saying “Our nation has been through a turbulent four years where we had to fight to protect the rights of people across the country. Nancy Pelosi was at the forefront of that fight, advocating for people with pre-existing conditions, victims of systemic racism, the LGBTQ+ community, immigrants, families, and so many more. She held firm against President Trump and put important legislation before the House to help those who need it most. As we look towards the 117th Congress, and a Biden Harris administration, I strongly believe that Nancy Pelosi is the right choice for Speaker and I look forward to working with her to rebuild our infrastructure, ensure comprehensive health care coverage, and address the student debt crisis.”

Biden’s final total of Electoral votes has yet to be finalized, as several states’ returns are still being counted, but he exceeded the 270 needed for victory.  Whether the Republicans hold onto the Senate, or the Democrats take control, has also not been determined.