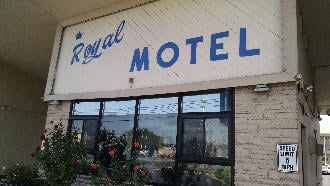 Three people were arrested in a prostitution bust made by Secaucus Police at 8:47 pm on Sunday night at the Royal Motel, 650 Route 3 West.  Police responded to the motel on a report of a dispute which involved an assault and the possible use of a weapon.

Also arrested was 69-year old year Isaac Follman of Brooklyn, New York for engaging in prostitution.   He was also found to have an outstanding warrant from Carlstadt totaling $114.

Sears posted bail for his Newark arrest warrant, while Follman was released by Carlstadt Police on his own recognizance.  All three suspects were issued summonses on the prostitution charges and were released from custody.