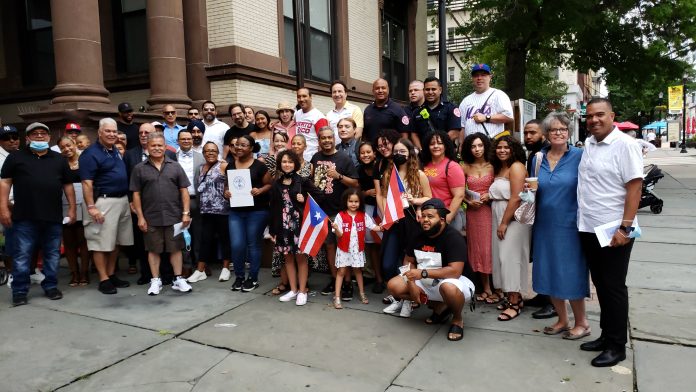 President of the PRCC of Hoboken, Raul Morales II Esq. addressed the crowd before other community leaders, including Mayor of Hoboken Ravi Bhalla, took their turn at the podium.

The PRCC also took time to formally present Tasyana Cason and Eriana Gilyard, two graduating seniors from Hoboken High School, with scholarships as they each prepare to head out to college in the fall; the committee has awarded over $78,000 in scholarships as of this year.