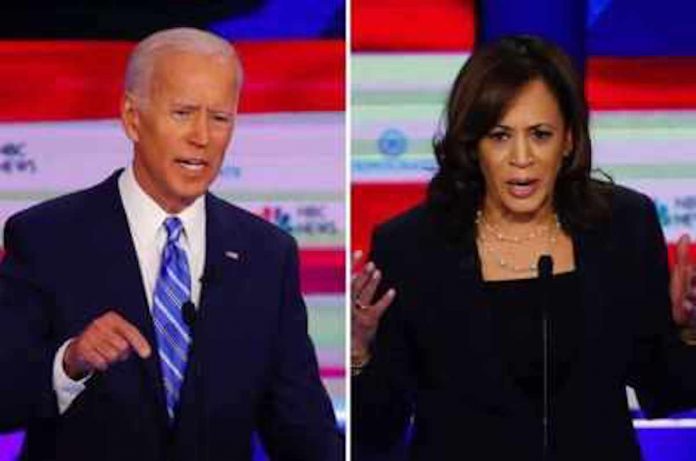 Harris, in her first term as a United States Senator, was one of the many Democrats who competed for the party’s Presidential nomination, which will officially be formalized at the upcoming, virtual convention in a few days.  She is also the first, African American and South Asian woman to be selected by either of the two, major political parties to be selected for national office.

Harris, 55, is a former San Francisco Prosecutor and past California Attorney General, the first Black woman to serve as that state’s top law enforcement official.  Senator Harris was offered the Vice Presidential spot on Biden’s ticket 90 minutes before he made the announcement.  She tweeted that “Joe Biden can unify the American people because he’s spent his his life fighting for us.  And as President, he’ll build an America that lives up to our ideals.”

Governor Phil Murphy and New Jersey Democratic State Committee Chairman John Currie are lauding Biden’s selection of Senator Harris to be his Vice Presidential running mate.  “Joe Biden’s selection of Kamala Harris is a watershed moment in American politics that reflects how far our society has come,” said Governor Murphy. “She is the exact right person to step into this crucial leadership role at one of the most challenging times in our nation’s history. The daughter of immigrants and someone who has dedicated her life to public service, Kamala Harris’ story is the American Dream come to life. Her passion, toughness and dedication to helping improve peoples’ lives will make her an incredible asset to our Democratic ticket. Just like Vice President Biden, Senator Harris is ready to lead from day one and move us forward. I look forward to doing everything in my power to elect her and Joe Biden this November.”

Meanwhile, Chairman Currie released the following statement:  “Kamala Harris has demonstrated the ability to lead and the dedication to serve the public interest, and she is a fantastic selection to be Joe Biden’s running mate.  Joe Biden has delivered on his promise to empower a woman leader to stand beside him, and in selecting Senator Harris he has chosen someone with all of the necessary skills and experience to flourish in this new role. I could not be more proud to lead our New Jersey Democratic State Committee in supporting the Biden-Harris campaign and to help elect the first Black woman and the first South Asian American to serve as Vice President.”

Congressman Albio Sires of West New York also expressed his approval of Senator Harris’ selection, saying, “Vice President Biden has chosen a strong running mate in Senator Kamala Harris. She has consistently challenged the Trump Administration’s policies and has been a strong voice for marginalized groups who, for far too long, have not seen themselves reflected in their leaders. Her track record on key issues makes her an excellent choice to take on the Trump Pence ticket. November’s election is critically important for many reasons and I believe Senator Harris, as the first woman of color on a major party ticket, is the right choice to confront the challenges Americans face.”

Hudson County Democratic Organization Chairwoman Amy DeGise told Hudson TV in a text, “I am good with the selection.  She’s tough, bright, and pragmatic.  I can’t wait to see her dance circles around Mike Pence and address the issues at our nation’s forefront.  Biden knows what he and this nation are up against.  He knows she’ll be ready on day one to lead, comfort, and unite a seriously distressed nation.”